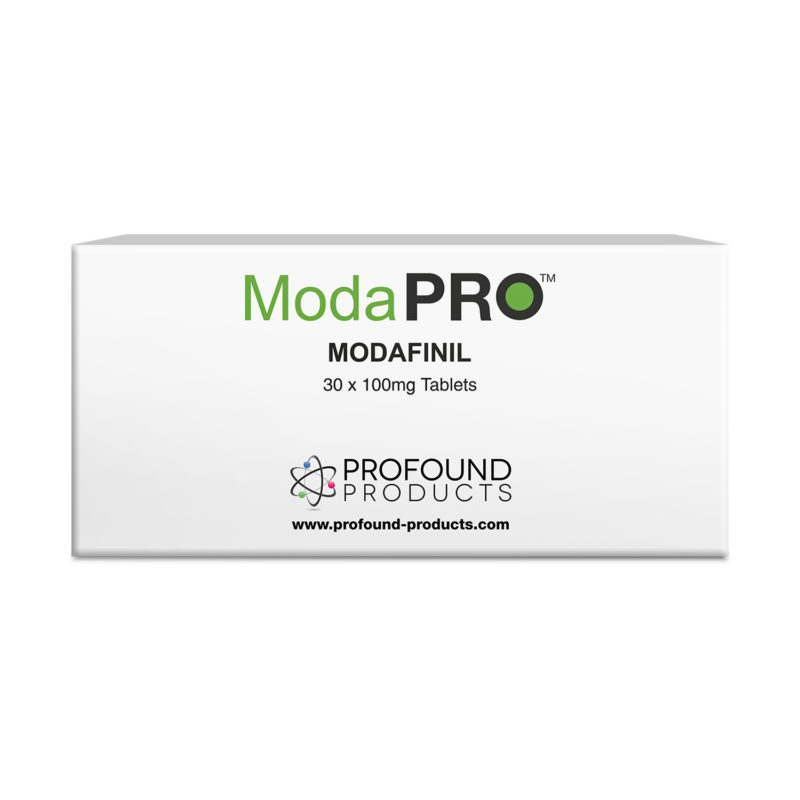 Modafinil is an eugeroic drug, (which simply means ‘good arousal’). This unique class of drug contains only two at present, adrafinil and modafinil.

Modafinil is a memory-improving and mood-brightening psychostimulant. It enhances wakefulness and vigilance, but its pharmacological profile is notably different from the amphetamines or methylphenidate (Ritalin®) etc.

The basis of its uniqueness lies in its ability to stimulate only when stimulation is required. As a result the ‘highs and lows’ associated with other stimulants- such as amphetamine- are absent. Modafinil does not bring about the anxiety, agitation and insomnia associated with these more familiar stimulants. Normal sleep patterns are not affected, nor is modafinil addictive or accompanied by the number of side-effects present with currently prescribed stimulants.

Modafinil induces wakefulness in part by its action in the anterior hypothalamus. It appears to only stimulate alpha-1 brain receptors that are responsible for the uptake of nor-adrenaline. Its dopamine-releasing action is weak and dose-dependent, making the chances of a euphoric response, dose-escalation or becoming tolerant to the drug very unlikely.

Dosage: Take one 100mg tablet for a period of up-to 8-12 hours stimulation. Avoid use in the evening.