Some hormones are too high and some too low

Bursting with energy and enthusiasm, a 67-year-old elegantly dressed woman arrived at my office out of breath. Her glowing face framed a wide smile. She said that a psychiatrist had referred her to me since she was diagnosed with hypomania. She further explained that she spent her time with a boundless energy and enthusiasm for dinner parties and around-the-clock house cleaning. This behavior caused insomnia. On the other hand, several days later she would find herself in a funk and withdraw into quiet isolation, lethargy and fatigue.

Instead of hypomania, I deduced that she may have overly active adrenal glands (hyperadrenalism) that caused acute insomnia during her manic days, and subsequently, severe crashing of the adrenals resulting in days of fatigue. These critical symptoms accompanied strange physical abnormalities. Her skin easily bruised, and she had a spindly pair of legs and a pendulous abdomen; in other words, a ‘tweety-bird’ appearance. She had a moon-shaped face, and reddish-purple stretch marks appeared on her enlarged and puffy stomach.

All the above symptoms classically represent Cushing’s syndrome. In 1932, neurosurgeon Dr. Harvey Cushing first described Cushing’s as overly active adrenal glands that produce excessive amounts of the hormone cortisol. Excessive cortisol kept her awake. It eventually caused the adrenals to shut down or crash and produce only marginal amounts of cortisol and other adrenal hormones—a seesaw of ups and downs!

Cortisol is the key survival hormone since patients without cortisol die within two days. For example, during the 1950s, future President John F. Kennedy suffered terribly from Cushing’s until he received daily injections of Cortef®, a natural remedy (hydrocortisone) extracted from pig adrenals. Before Cortef® and since 1892, doctors employed another natural remedy, licorice root extract (Digestif™), which lengthens cortisol’s half-life. Since cortisol is a critical and key hormone, too much may well cause insomnia, especially in people over fifty or those who lead stressful lives. It may also cause weight gain, memory loss, muscle weakness (especially when vitamin B12 is lacking), osteoporosis, high blood pressure, psychiatric problems (especially mania), and weakened skin.

Also, excessive cortisol adversely affects many other endocrine (hormonal) glands such as the thyroid, which is essential for maintaining normal blood pressure and avoiding edema (swelling and fluid retention.) In other words, many older people taking expensive high-blood pressure meds would be better served consuming cheap natural thyroid such as ERFA Thyroid Natural® or Armour® or in mild cases, licorice root extract (Digestif™).

However, in this case I prescribed low-dose Dilantin® (Phenytoin), an anti-spasmodic drug that helps to suppress overly active adrenals. Then, I reflected upon my other patients, especially those over fifty with acute and debilitating insomnia. I tried the children’s dose of 25mg at bedtime since this tiny dose in adults does not yield side effects. Happily, my sleepless adults slept better, typically six to eight hours nightly, once low-dose Dilantin® was taken at bedtime. I also encouraged them to avoid high intake of fruit juices and to supplement with calcium, CoQ10, and high-dose magnesium.*

Another possible alternative for Dilantin® is low dose picamilone.

On the other hand, for patients with low cortisol I encouraged use of 5mg hydrocortisone tablets four times daily. For an even milder treatment, I suggested licorice root extract (Digestif™) four times daily.

During subsequent visits, I encouraged them to begin full anti-aging medical treatment by correcting all unbalanced hormones and nutrients. Most people over the age of fifty have multiple hormone deficiencies, and thus, the average 65-year-old in the U.S.A. suffers from five diagnosed or undiagnosed diseases that require eight to twenty medications daily. For example, half of all 65-year-olds have arthritis often due to deficient hormones.

Avoiding the diseases of aging

Given the proven and powerful technology of anti-aging medicine, it is now possible to avoid most of these diseases and accompanying meds with severe side effects. I am a typical example. At age 58 I acquired chronic symptoms of asthma. Two years later, my skin loosened and sagged on my stomach, arms, and lower face. I developed radiating furrows outwardly from my eyes that were probably caused by aldosterone deficiency (aldosterone or fludrocortisone). I easily solved these problems and more by adopting a complete balanced regimen of hormone and nutrient correction as described in detail in other articles by me on this website. (Incidentally, today at age 66 I appear to be in my forties without any diseases, and thus, I wrote a book titled Stay 40 that can help everyone improve their health and promote mental happiness and peace of mind fairly typical of a 40-year-old.)

When making a diagnosis, doctors frequently cite the principal of Occam’s razor: the simplest answer is most likely to be the correct answer, and a single diagnosis, such as ‘multiple hormone imbalances,’ is more likely than a collection of many different diagnoses and diseases, all of which are unrelated to one another. Thus, correcting for adrenal imbalance was the right step for my 67-year-old patient, but I could have served her better by correcting for all her hormones and nutrients.

The first step in using the Occam’s razor treatment is simple. One should obtain a free medical work-up covered by health insurance from a physician knowledgeable in anti-aging or age management medicine. I especially recommend a saliva test to determine whether cortisol is ‘cycling’ properly. ‘Cycling’ means that early morning cortisol should measure at least three times higher than late afternoon cortisol. Also, nocturnal cortisol should sink even lower than late afternoon cortisol.

Extensive testing allows us the knowledge and freedom to correct our hormones and nutrients. This means spending at least twenty minutes daily consuming hormones and supplements. Some people have said to me that this is too much trouble, and they do not have the time. “Fine,” I say, “You are welcome to age rapidly and acquire age-related diseases since the planet already supports 6.4 billion souls with only limited resources for a sustainable two to three billion!” They often answer by questioning: “Who really wants to live longer anyway?” This is my answer: “Ask any 99-year-old if they want to live to 100, and the answer is always a resounding yes!”

Adjunctive to a free medical work-up, Dr. Thierry Hertoghe has devised a clever clinical diagnostic method for determining hormone imbalances. In his revolutionary books, The Hormone Handbook, Parts I & II, and Picture Atlas of Endocrinology and Hormone Treatment, he writes that fatigue can be divided into distinct categories. Fatigue is often related to cortisol or other hormone imbalances such as the following:

3. Late-night fatigue is a definite sign of HGH/IGF-1 deficiencies as seen in seniors who find it nearly impossible to stay awake past midnight when lacking this hormone and polypeptide. (HGH/IGF-1 is produced from the pituitary gland and liver, respectively, peaks in our early twenties and declines dramatically by age fifty.) On the other hand, young people are easily energized and lively into the wee hours of the morning due to high levels of HGH/IGF-1. (Seniors who substitute HGH combined with the polypeptide IGF-1 enjoy a resuscitated after-midnight party life without fatigue!) In the sports world, baseball players peak-out in strength and speed between the ages of 26 and 30 probably as a result of declining hormones, especially anabolic hormones such as testosterone, DHEA, HGH, and the polypeptide IGF-1². However, for these remedies to function properly, cortisol must first be corrected.

4. A constant, all-day-long fatigue is either caused by deficiencies in sex hormones (testosterone in men and estradiol in women) or a specific vitamin or mineral depletion, for example, vitamin B12, magnesium, CoQ10, potassium, or the like.

5. DHEA deficiency. Finally, a special type of fatigue that leaves its victim completely exhausted after a short period of physical exertion. This fatigue is often caused by a DHEA hormone deficiency in the adrenal glands. On the other hand, oily skin, hair, and acne may result if one consumes 50mg daily of the non-time-release type DHEA capsules. This outdated supplement unbalances DHEA output and creates downstream metabolites such as excess testosterone in women and unwanted hair growth (hirsutism). Instead, use only 10mg time-release DHEA twice daily.

Dr. Hertoghe and I encourage the proper identification of these signs of fatigue. Lab test scores are often used only adjunctively to a meticulous examination of the entire patient as explained in Dr. Hertoghe’s books and lectures¹. Often patients with serious medical problems will search from doctor to doctor without resolving their fatigue. Dr. Hertoghe’s ingenious method of meticulous examination usually reveals the underlying hormone or nutrient imbalance. Then, effective natural remedies such as hydrocortisone often present themselves.

In other words, don’t be satisfied with curing only symptoms. Discover the true underlying causes and correct them.

When hormones, vitamins and minerals are balanced, what more can we do?

My medical colleagues and I have recently discovered the most powerful tool of anti-aging or age management medicine. This tool I call the HGH/IGF-1 cocktail that has been described in previous papers on this website. (See ‘Advanced Hormone Therapy, Part 1.’) However, this indispensable tool does not function unless cortisol is first corrected and balanced often by ingesting 5mg hydrocortisone four times daily. Cortisol correction is the key that unlocks the door to optimized hormones and consequent improved health and longevity. Digestif™ may work in mild cases. For example:

However, the benefits described above are possible if one corrects and balances all hormones, exercises, consumes a sensible diet that eliminates all junk-food, and supplements with essential nutraceuticals such as ubiquinol, sublingual vitamin B12, and ACF 228®. All of these significantly improve longevity and health. 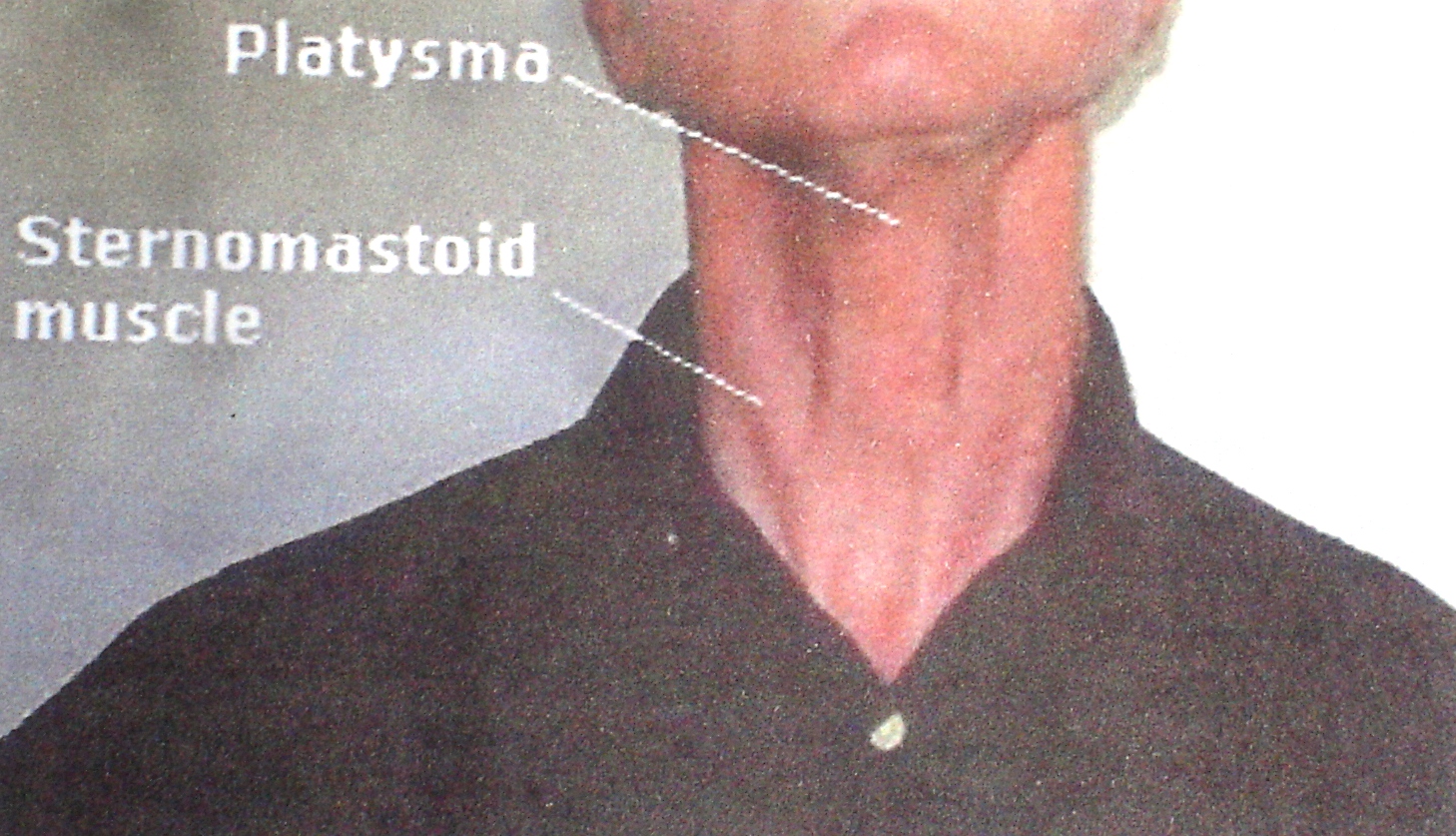 Wrinkled and sinewy bodies often suffer from lack of protein and hydrocortisone and consequent loss of collagen and elastin.

Balanced hormones and nutrients, especially cortisol, hydrocortisone, and other key adrenal hormones (DHEA, aldosterone or low-dose fludrocortisone), will greatly enhance health and extend our healthy minds and bodies long into the future. These corrections will significantly improve our chances of living past 100 years in good mental and physical health. We need this new technology given the fact that during the last 20 years, life expectancy for women in more than 300 American counties has actually declined!³

We have walked on the face of the moon, explored the bottoms of the deepest oceans, and linked minds instantaneously across vast distances. But the question remains if we will embrace new knowledge about anti-aging medicine that will open doors to enhanced health and longevity.

*In a recently published clinical trial, patients who supplemented daily 500mg elemental magnesium lowered their inflammation and improved their insulin resistance and gene regulation, and achieved a more favorable expression of many peptides and proteins.⁵ 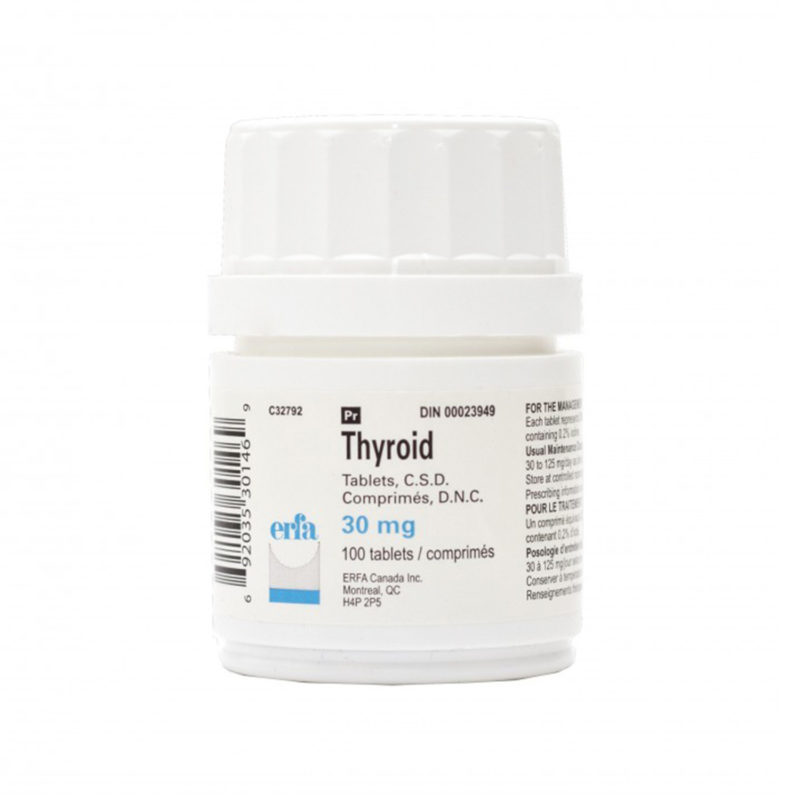 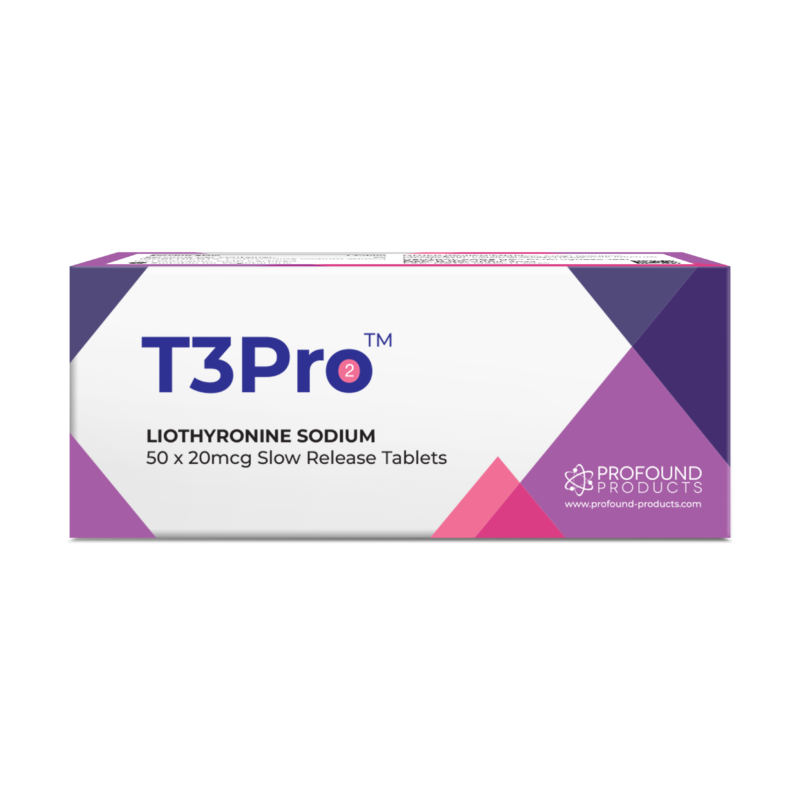 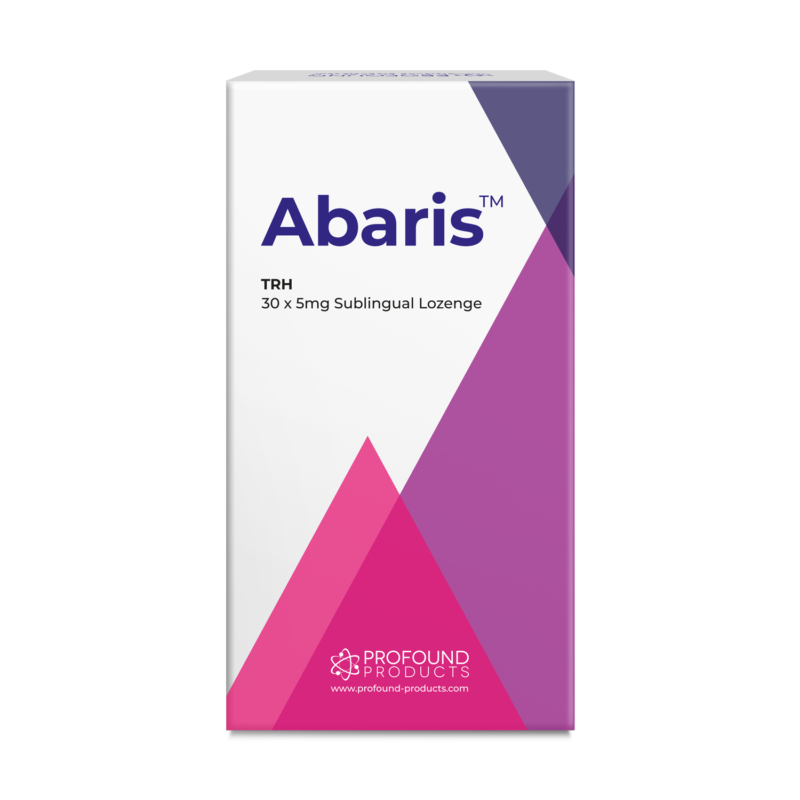 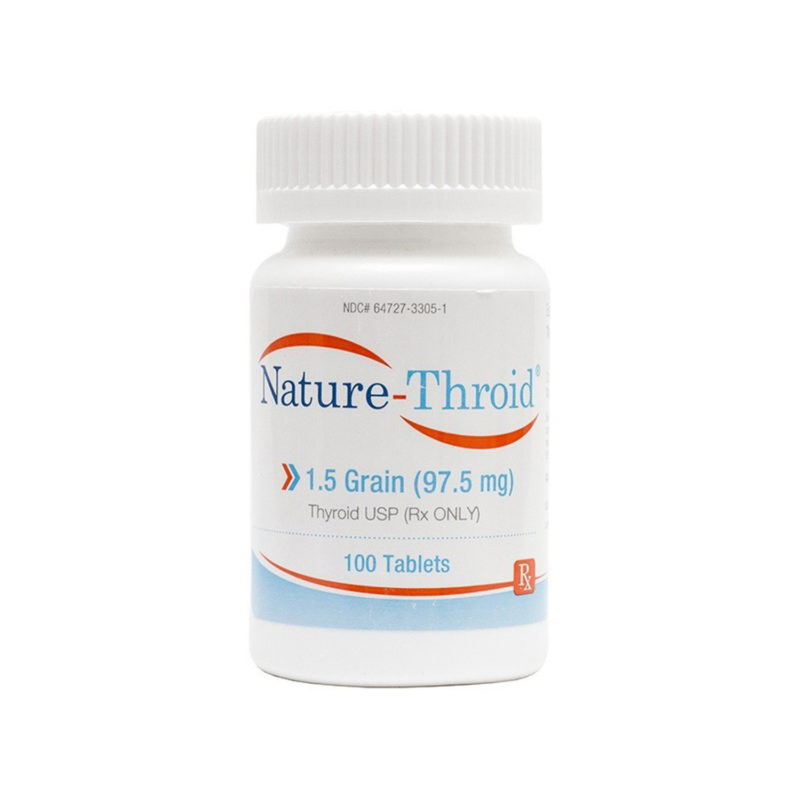 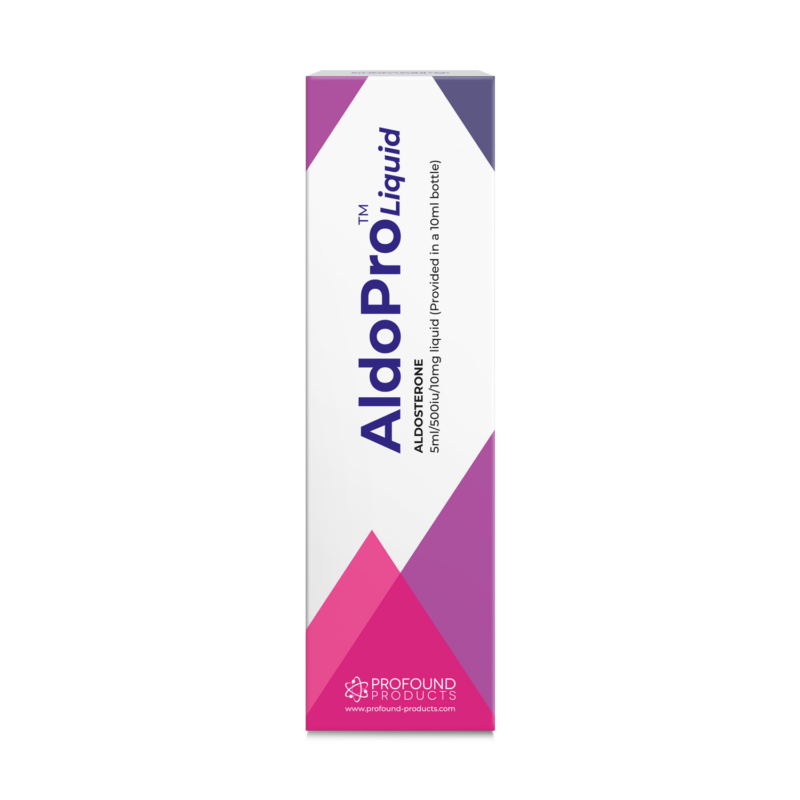 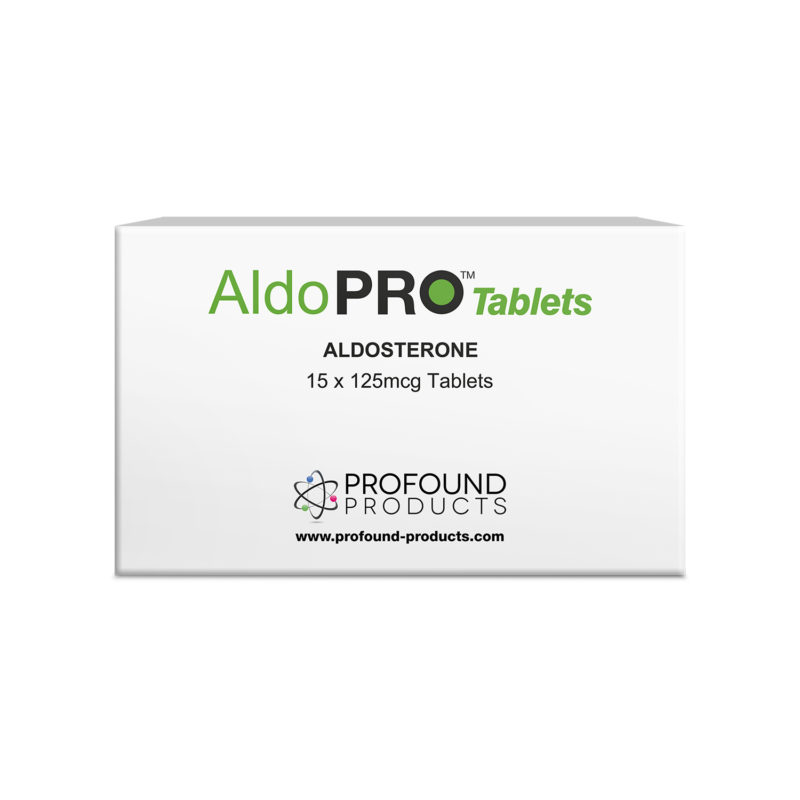 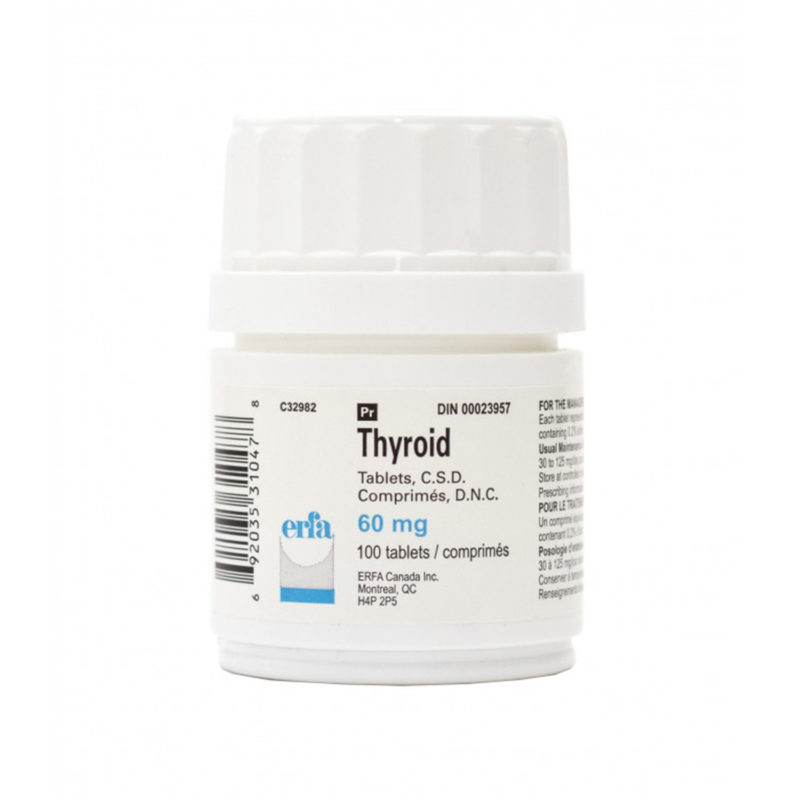 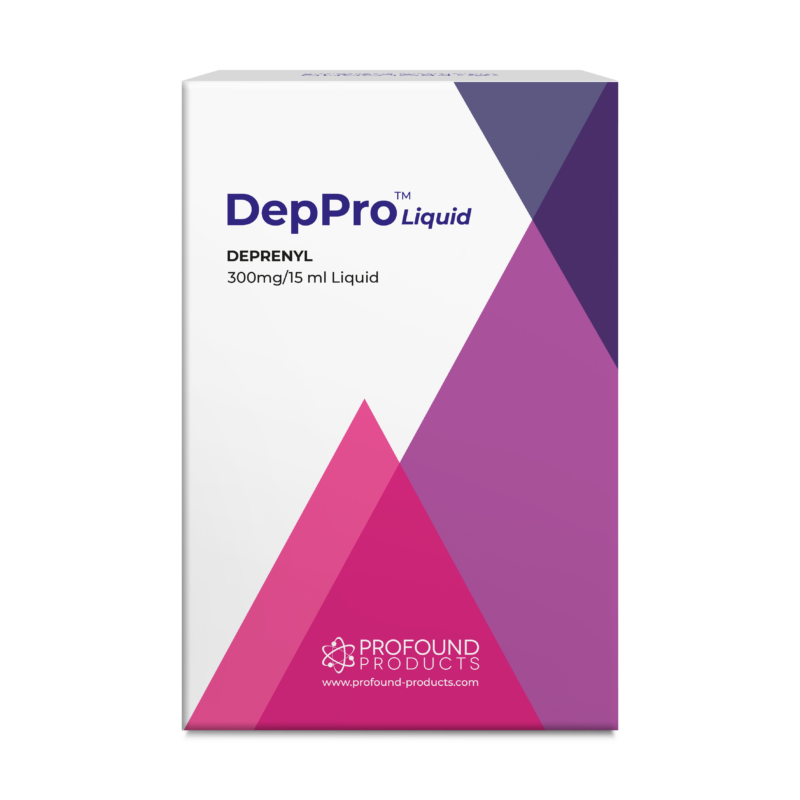 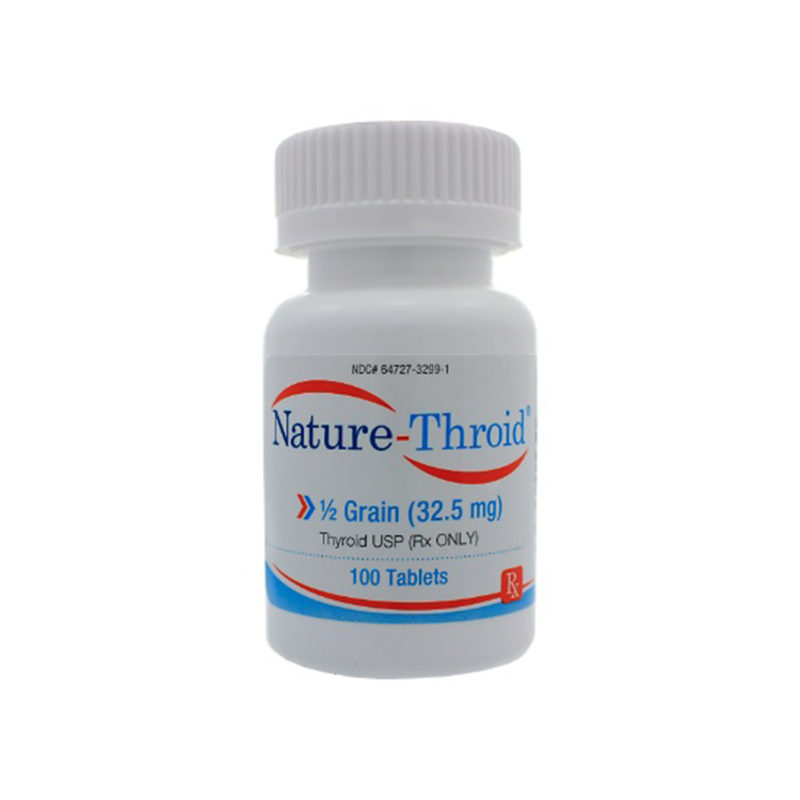 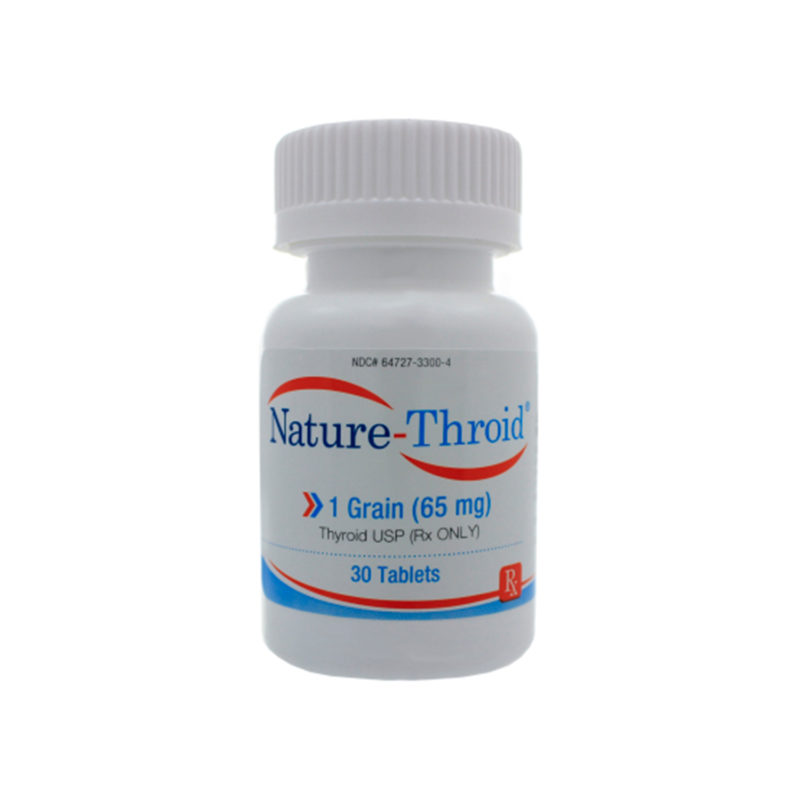 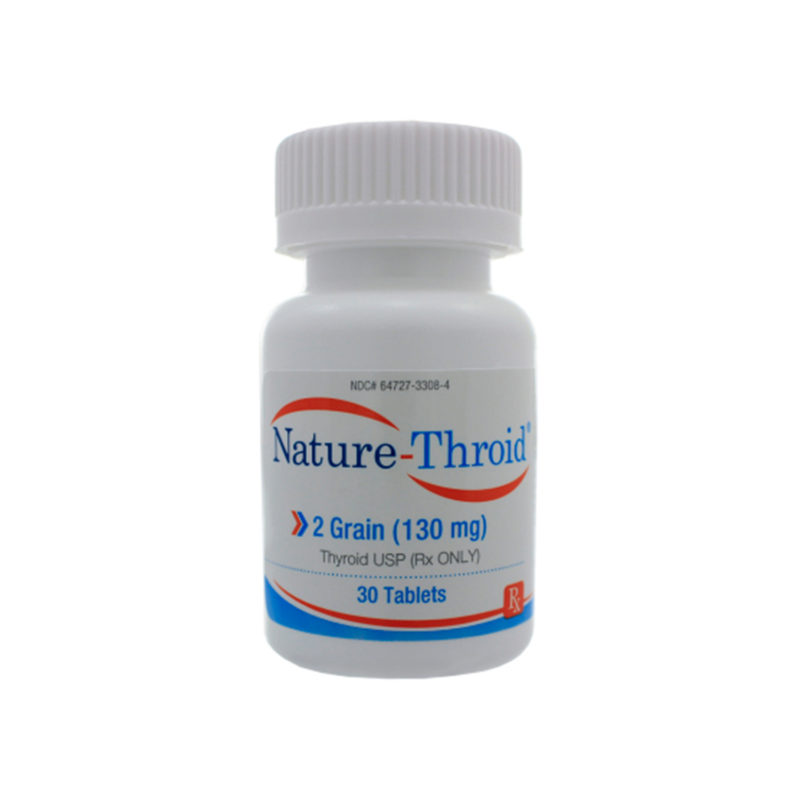