Mark had a medical problem but he refused to visit a doctor because he considered many of them to be quacks. Thus, he continued to suffer poor erections despite self-dosing with copious amounts of Viagra® and Cialis®.

His blood pressure was low and he was dehydrated because he urinated frequently at night. Eventually, Mark’s wife convinced him to see me and I meticulously questioned and examined him. Mark was the kind of guy that one must pry information out of with subterfuge. I eventually learned that when Mark was injured, he bled a copious amount of blood. He was often thirsty at night and he felt compelled to urinate frequently. Worst still, he had memory problems and complained about not ‘thinking straight’ anymore. In my office, his bp measured 95 over 60—definitely low blood pressure, especially for a middle-aged man. Along with low bp, he felt that he had lost energy compared to his younger self.

Antiaging Medicine to the Rescue

Vasopressin is a common hormone, essential in maintaining sufficient bp (blood pressure) and insuring a sufficient amount of blood in an erect penis or an aroused clitoris. In his aging body, Mark was obviously lacking vasopressin (Vaso-Pro™) as well as other hormones such as thyroid (Armour® thyroid) and oxytocin (Oxy-Pro™). He was lacking the hormone oxytocin since the same cells in the hypothalamus produce both vasopressin and oxytocin and a deficiency of one usually means a deficiency of the other.

I recommended that Mark start consuming 30 mg Armour thyroid every morning without any caffeine, (because it interferes in Amour’s action). I further recommended that he add to this remedy; 10 units (one spray each) of vasopressin (Vaso-Pro™) and one spray of oxytocin (Oxy-Pro™) at bedtime.

I referred Mark to a well-known urologist for a digital rectal exam in order to ascertain if Mark’s frequent bathroom visits might be caused by BPH (benign prostate hyperplasia or enlarged prostate gland). BPH is an all-too-common problem in older men who produce excessive amounts of the essentially-female hormone estradiol without balancing it with natural progesterone (Progesterone-Pro™).

A Month Later, Some Problems Persist

A month later, Mark reported back to me that his erection problems were solved without the aid of Viagra® or Cialis®. Mark’s confidence in my help had risen substantially and so he was willing to trust me with some of his other medical difficulties.

The number two medical problem of all Americans after the common cold is backaches. Drugstore remedies work at first, but chronic backaches eventually reassert themselves, forcing patients to find stronger remedies. One group of prescription backache remedies are the strong and addicting anesthetics, Percodan® and Percocet®. These are extremely addictive and therefore forbidden in industrial countries such as Sweden, but not in the USA. Patients with chronic backaches often seek out surgery first and when that fails, they become addicted to these two nasty drugs.

Instead of more addictive painkillers, I recommended that Mark try sitting up straighter in his chair with his hips pushed forward and his shoulders back. In addition, when driving, I recommended that Mark lock his arms at a 180° angle relative to his steering wheel. In other words, he should straight-arm the steering wheel with locked-flat elbows. This is the technique used by racecar drivers who need limber backs and split-second control of their steering wheels while driving at high speeds.

Second, if the back pains persisted, I suggested that he inject himself once daily in the location of his back pain with 0.05 mg IGF-1/hGH (using a mixture of 0.4 mg hGH combined with 1.0 mg IGF-1 in the same vial containing 2.5 ml hypotonic water). Through this treatment, back pain will subside 70% or 80% within approximately ten minutes after the injection at the site of the painful ligament or muscle. However, this treatment will not work if a patient has a damaged disc that requires surgical treatment.

I showed Mark how to draw up the above solution into ½ ml diabetic syringe and how to inject himself at a 45 degree angle subcutaneously. I demonstrated this simple procedure in my office and Mark’s severe back pain subsided 70% after approximately 10 minutes. He was relieved, but was reluctant to use a simple diabetic syringe. Therefore, I suggested that my nurse could do the injections if he scheduled appointments with her.

Two months after our original meeting, Mark entered my office with energy in his step and a sparkle in his eye. He was cured of many of his problems and he offered me his profound thanks. I thanked him in return for being such a good patient.

Most people middle-aged or older could stand maintaining their aging bodies just as they would maintain their aging cars. This was certainly the case with Mark, who only needed a little confidence in a competent physician, who could readily diagnose a patient and arrive at needed remedies.

First on the list of needed remedies was Armour® thyroid, which is lacking in many older people, especially in women, for reasons unknown. Thyroid has long been known to be deficient in aging populations. According to a 1957 article in the New England Journal of Medicine, 40% of American women living in the Mid-West have ongoing and undiagnosed thyroid deficiencies. Unfortunately, conventional medical doctors ignore these deficiencies because no expensive synthetic drug exists to replace Armour®. Armour® costs only about 30 or 40 dollars a month. In my experience, the only medical doctors who are acutely aware of a crying need for extra thyroid in women are gynecologists, who are daily ‘in the trenches,’ dealing with woman’s problems face-to-face.

Vasopressin Use in the Hands and Face

Vasopressin has other benefits when supplemented. Patients can now reverse aging on their faces and hands by having their dermatologist apply DermaPen™ therapy. This therapy is a type of mesotherapy, which has been employed in Europe for many years. It literally turns back the clock on patients’ faces and hands with the help of vasopressin (Vaso-Pro™) and other hormones. In the skin on one’s hands and face, vasopressin (Vaso-Pro™) prevents dehydration, which is responsible in part for fine lines and wrinkles.

Briefly, a dermatologist applies a numbing cream (lidocaine) to the face and hands and waits an hour. Then, this physician will move a DermaPen™ pen over the surface of the skin. This electric pen contains 40 or 50 tiny needles that are often adjusted to penetrate the skin to a depth of 0.50 mm. On sensitive tissues such as the forehead and eyelids, the depth of the needles is set to only 0.25 millimeters. This pen punctures and opens the skin down to the dermal layers and allows improved blood flow to underlying tissues. During this process, slight bleeding and short-term inflammation will occur. The body’s own stem cells are attracted to the site of injury, which, in turn, encourages new collagen growth. To encourage the good formation of collagen, vitamin C cream and hormones such as vasopressin and sex hormones should be amply applied to the pen-treated areas immediately after, according to hormone expert Dr. Thierry Hertoghe (1).

After a half dozen or more treatments spaced at least four weeks apart, the face and hands become plumper and softer due to better collagen production. If you look at the back of a 70-year-old’s hand, you will notice that the filling material, namely collagen, has nearly vanished. This effect is due to aging and by-and-large, only tendons remain with unsightly blue veins running across the surface of the tendons. Also, the lack of collagen filling material leaves the skin of the hands and sometimes the face translucent and pale. These are the signs of advanced aging we all face if we do not accept and take advantage of the latest techniques in antiaging medicine.

Dr. Thierry Hertoghe, head of the Hertoghe School of Medicine, recently spoke in London, England (1) about the advantages of supplemental vasopressin. He said that vasopressin (Vaso-Pro™) will improve kidney health. He stated emphatically that signs and symptoms of a vasopressin deficiency are deep and sunken eyes, sharp wrinkles, soft eyeballs, poor memory and dehydration folds on the upper eyelids. In his practice in Belgium, he recommends vasopressin for improving sleep by approximately 45 minutes per night. He stated that vasopressin (Vaso-Pro™) combined with oxytocin (Oxy-Pro™) is his preferred treatment for schizophrenia. In reference to aging, Dr. Hertoghe claims that vasopressin will increase one’s chance of survival by a factor of four. He also advised that a lack of vasopressin may be the cause of short-term memory loss and low electrolytes such as sodium.

Last, he grandstanded with a hyperbolic claim that antiaging science can currently reverse aging up to 20 years! The key remedies supporting his claims are a special diet (Paleolithic), hormone replacement (vasopressin, testosterone, DHEA, estradiol, etc.), mesotherapy (DermaPen™), and four years of his twice-daily injections of IGF-1/hGH/MSH2.

When I questioned prominent English doctors practicing in London, none of them heeded Dr. Hertoghe’s words of wisdom. In my opinion, this head-in-the-sand attitude reminds me of what Winston Churchill said about people not open to accepting new knowledge:

“Some people walk along their path in life and stumble upon the truth. Then, they pick themselves up, dust themselves off, and proceed on their way as if nothing had happened!”

On the other hand, American physicians have taken Dr. Hertoghe far more seriously, and I for one have used all of his remedies for four years. After this time period, I can confidently state that he has not exaggerated. For example, I have checked my progress in reversing my aging by doing numerous medical tests during the last four years. Recently, I took a stress-EKG test at the local hospital’s cardiology department. A technician hooked me up with electrodes on my chest, and I ran for five minutes on a treadmill and rested for five more minutes. My resting bp was 128 over 73, which indicated that I was ‘young-at-heart’ and capable of heavy aerobic exercise. All of my values were so exceptional that the cardiotech asked me if a mistake had been made when I wrote down that I was 70 years old in his documents. Namely, he said that I scored like a person twenty or thirty years younger.

I was similarly surprised when I did a routine annual physical and blood test with a well-known senior general practitioner (Dr. de Board). He also thought that a mistake had been made in my blood work and demanded that I retest twice. I gave up on this physician, who was clearly ignorant of the latest in antiaging medicine, especially vasopressin and who refused to believe that my blood tests could possibly score the same as a person twenty or thirty years younger.

I now choose only physicians fully trained in antiaging medicine and you should too! 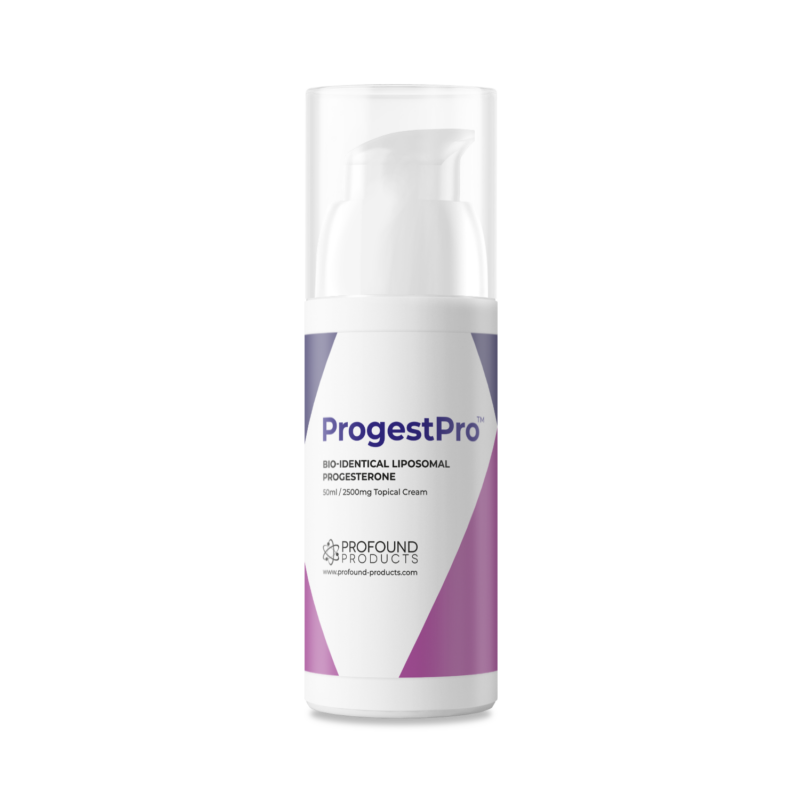