REPORT on the results of clinical study of peptide bioregulator Libidon

Director of the Medical Center

of Saint Petersburg Institute of Bioregulation and Gerontology, corresponding member of the Academy of Sciences, professor,

on the results of clinical study

Libidon is manufactured in the form of capsules with active substance content 10 mg.

Experimental studies have shown that peptides have tissue-specific action on the cells of the tissues, which they were isolated from.  Libidon peptides regulate metabolism processes in the prostate cells, improve their safety margin, have a favorable effect on organism adaptive capabilities in extreme conditions, have antioxidant properties, regulate peroxidation processes in the prostate tissues. Thus it can be expected that Libidon is efficient for restoration of prostate functions in different age patients at their disorders of various genesis.

Now the prostate diseases hold a high position among the urological pathology, they have a tendency to an increase in morbidity and becoming more and more socially important (1, 3). According to many authors, more than 70% of men at the age over 50 years old have diseases of prostate, including benign prostate hyperplasia and oncological diseases. Thus a search for new effective and safe drugs for prophylaxis and treatent of the prostate diseases is an urgent issue.

Conservative treatment of patients with prostate diseases in view of their pathogenetic mechanisms is mainly based on the following traditional medicines of various direction (2):

Clinic characteristic of the patients.

Clinical study of Libidon application efficiency was carried out at the Medical center of Saint Petersburg Institute of bioregulation and gerontology during the period from March till November 2011.

Distribution of patients by nosological forms and age

The clinical tests were carried ou in 48 patients at the age of 38-65 years with diagnosis Benign prostate hyperplasia (BPH) and chronic prostatitis (table 1), who in addition to the general therapy have been taking Libidon – 1 capsule 2 times a day at mealtimes for 30 days. The control groups included 22 similar patients, which have been taking only generally accepted treatment.

Treatment efficiency was assessed on the basis of dynamics of the patient complains, general clinical analyses of blood and urine, biochemical blood analysis using “REFLOTRON” device (Boehringer Mannheim, Germany), blood coagulogram before and after treatment. Degree of abdominal pressure at urination and urine stream character was expressed in points from 1 up to 5 (1 – norm, 5 – highest change of the parameter). Using “UROFLOWCOMPACT” device (Wiest, Germany), we have determined maximum and average speed and time of urination, time of reaching the maximum speed of urination, evaluated the flow-metric index.

The most important at the assessment of chronic prostatitis treatment results with Libidon were clinical criteria. At the end of treatment the pain was completely eliminated in 64,0% and considerably relieved in 32,7% of patients with corresponding complains.  In 3,3% of patients the treatment did not met the expectations, there were no pain changes.

Among the patients with impaired sexual functions, 44,4% said about complete restoration and 41,8% noticed an improvement.  Positive action of the drug was identified both as improvement of erection quality and improvement of orgasm with liquidation of its painfulness. There was also an increase in duration of a sexual intercourse. At the end of treatment 37,1% of patients have reported restoration of libido.

Pollakiuria (frequent urination) was completely eliminated in 87,5% of patients. The need for night urination was eliminated.

Stranguria (difficult urination) was eliminated in 80,7% patients, 15,9% have noticed considerable improvement of the urine stream and facilitation of urination.

Total information about a change of urination in patients with chronic prostatitis after Libidon treatment is shown in the table 2.

Rectal palpation of prostate has shown a tendency towards restoration of its dimensions and consistence after complex treatment using Libidon.  Thus the dense sites and the examination itself was painless. The observed reduction in dimensions of prostate qualified as a result of decrease in edema of the interstitial tissue and indicative of liquidation of the inflammation process activity in it was confirmed by the results of ultrasonic diagnostics.

Dynamics of the results of examination in patients with prostate adenoma before and after the course of treatment using Libidon is shown in the table 3.

Influence of Libidon on urodynamics in patients with chronic prostatitis

* р<0,05 – significant in comparison with the parameter before treatment.

Influence of Libidon on urodynamics

in patients with benign prostate hyperplasia

* р<0,05 – significant in comparison with the parameters before treatment.

State of health of the patients with BPH after Libidon treatment was characterized by improvement of subjective and objective urodynamic parameters. 37,3 % of patients have noticed libido increase.

It is worth noting that urofluograms registered after the treatment of patients with BPH of I and II stage have shown an increase in basic urination parameters up to normal values.  At III stage of the diseases is was prevented by a decrease in elasticity of the urinary bladder wall due to sclerotic changes of prostate, thus such patients have considerable improvement in the urine stream.

Thus the results of the study performed are indicative of the treatment efficiency of Libidon and expediency of its use for complex treatment of inflammation diseases of prostate and disuric disorders.

Libidon does not have any side effects, complications and drug dependence, and can be used with treatment-and-prophylactic purpose, including combinations with any methods of symptomatic therapy, used in urological practice (antibiotics, spasmolytics, vascular and hormonal drugs, vitamins etc.).

Libidon is well tolerated at oral administration, does not have any side effects and can be used as treatment-prophylactic biologically active food additive.

Libidon is recommended for patients with chronic prostatitis and benign prostate hyperplasia, per os at mealtime 1-2 capsules 2 times a day for 30 days.

If necessary a repeated course of treatment can be carried out in 3-6 month.

The clinical study has helped to establish an efficiency of Libidon for complex treatment of the patients with chronic prostatitis and benign prostate hyperplasia, for restoration of the function of sexual system in men after diseases of various origin, at influence of extreme environmental factors, hypoalimentation, and at ageing.

Libidon should be taken per os at mealtime 1-2 capsules 1-2 times a day.  The period of administration makes 30 days.  It is reasonable to have a repeated course in 4-6 month.

Contraindications: individual intolerance to the components.

Administration of Libidon has not resulted in any side effects.

Pharmaceutical form: 20 capsules or tablets of Libidon 10 mg each.

Period of validity – 3 years from the day of manufacturing. 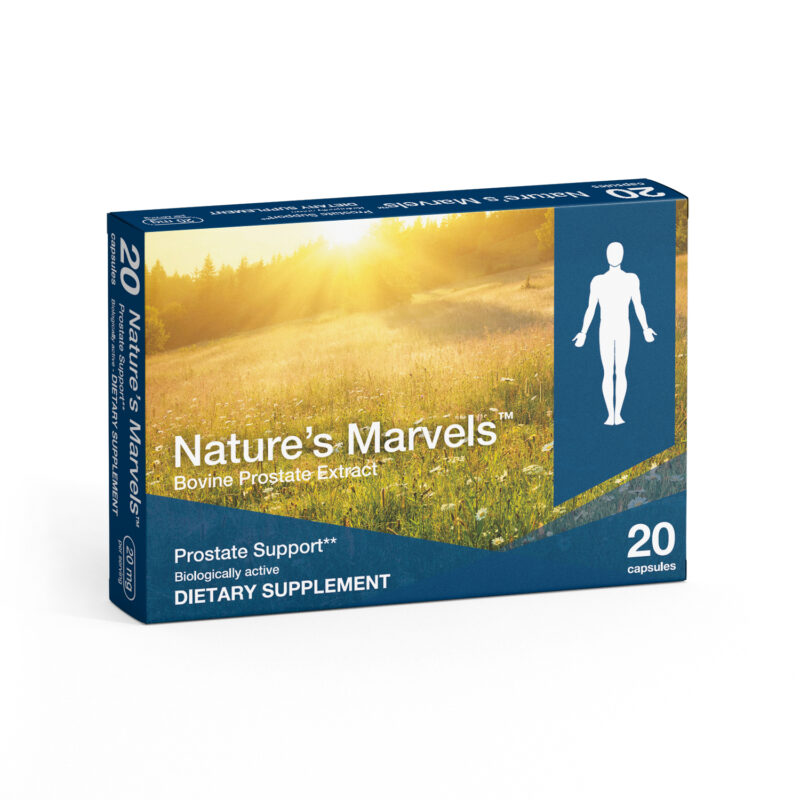 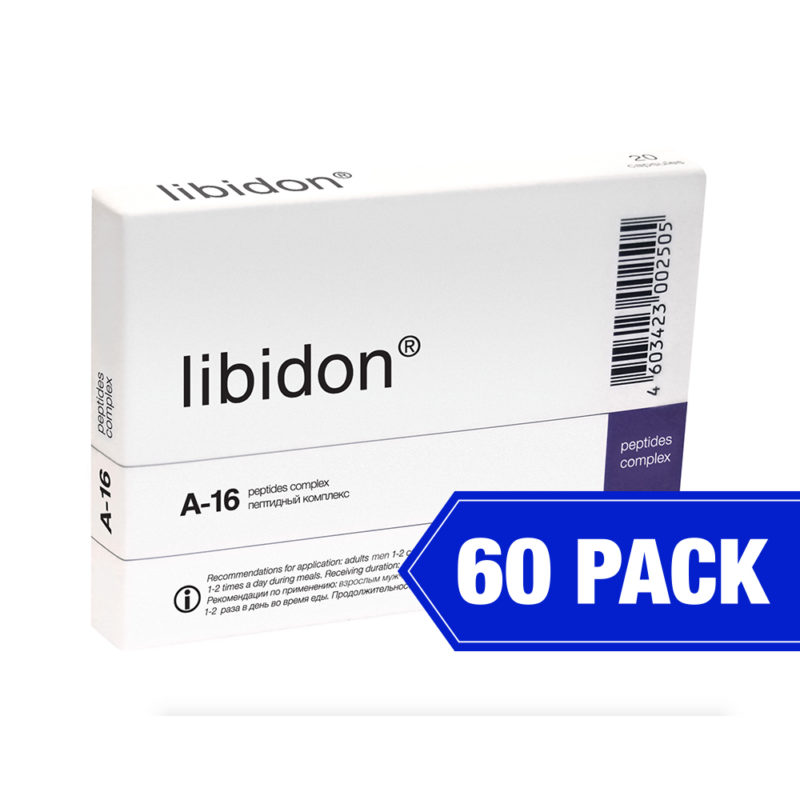 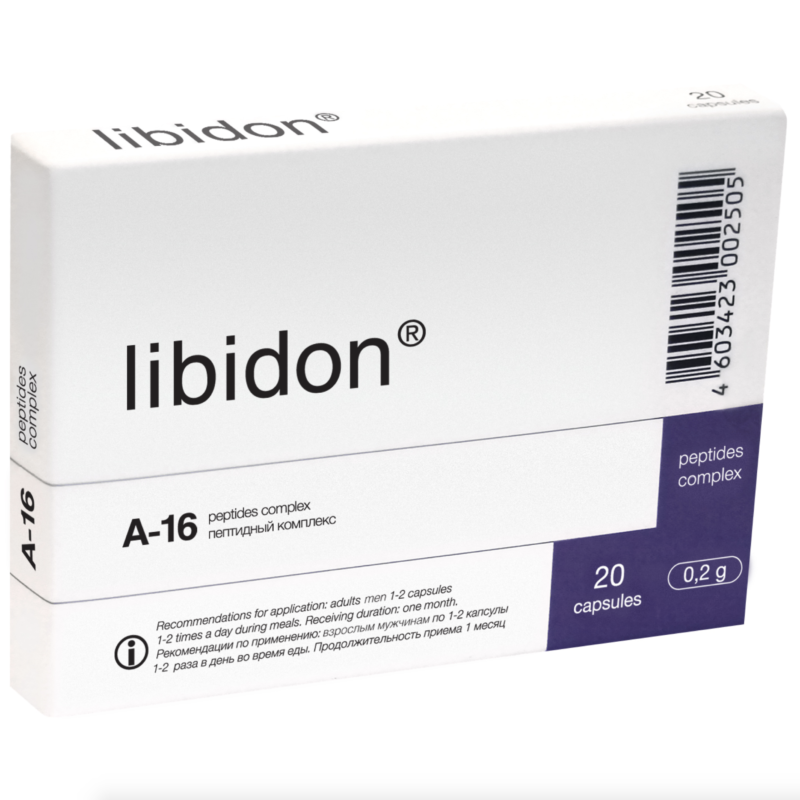