Interview with Dr Kyriazis about L-carnosine and N-acetylcarnosine

Marios Kyriazis M.D. is one of the leading anti-aging physicians in the UK. He is also one of the few researchers who has tested ‘low dosages’ of L-carnosine in humans for its anti-oxidant abilities. In this interview Dr. Kyriazis elaborates on those results and also upon the emergence of N-acetylcarnosine.

Phil: ‘Dr. Kyriazis, many thanks for taking time out of your busy schedule to talk to us today about your work with carnosine.’

Dr. Kyriazis: ‘Several of my patients have reported an improvement in general physical well-being, muscular tone and mental clarity. Some have reported better libido and significantly, an improvement in their sense of smell. Carnosine is believed to play an important role within the olphactory nerve, acting perhaps as an indirect neurotransmitter. Many of my patients also say that other people comment on how well they look.’

Phil: ‘How do you judge the overall importance of L-carnosine in a general anti-aging program?’

Dr. Kyriazis: ‘For practical purposes, I consider aging to be due to 5 mechanisms: oxidation, glycosylation, methylation abnormalities, chronic inflammation and hormonal deregulation. Carnosine protects against glycosylation and partly against oxidation, as well as having anti-inflammatory, immune boosting properties. It may also act as a hormonal receptor re-sensitizer by activating certain receptors in the brain and so it may help in improving hormonal deregulation. It must be used together with other drugs and supplements which provide cover against all five mechanisms, such as antioxidants, CoQ10, Idebenone, DHEA, SAMe for methylation, and alpha lipoic acid, etc.’

Phil: ‘Have you noted any side-effects?’

Dr. Kyriazis: ‘I have not noticed any side effects in those using up to 200mg a day, even after 2 years of continuous use. I have only noticed one case of disturbing muscle twitching in a patient using 1000mg of carnosine a day for a few days. This improved after stopping the carnosine.’

Phil: ‘That brings us to an interesting point, because some organizations have been claiming that L-carnosine is only effective at very high dosages of a gram or more a day, yet these appear to be the dosages where side effects become present. Do you have any evidence that low dosages of L-carnosine are effective?’

Dr. Kyriazis: ‘These are early times and the dose of carnosine for anti-aging purposes on normal healthy people is not firmly established. However, I have tested carnosine in doses of 50mg-200mg on healthy humans and found that these dosages have a measurable effect on urinary MDA. This shows that carnosine, even at low doses, is not always inactivated by carnosinases. When I tested higher doses of 500mg-1000mg of carnosine, there was no improvement on the results seen on the 100mg-200mg dose. I am however open to criticism, and understand that this is only a small study. If at a later stage research shows different results, I would be willing to discuss these. I know that there are trials in progress, using high doses of carnosine for general anti-aging purposes. The combination of clinical results, MDA trials and subjective comments by my patients, make me believe that the low dose carnosine is a reasonable suggestion at present.’

Phil: ‘So the outcome of your trial shows that L-carnosine is effective at dosages of 100mg to 200mg daily and that in-fact, it seems to display some U-inverted curve properties at dosages of more than 500mg daily, [Ed.- this means adverse and reverse effects become apparent]. Yet the whole premise of people taking very high dosages has been based upon the need for L-carnosine to overcome breakdown by carnosinase into histamine etc., how do you respond to that?’

Phil: ‘Advocates of mega-dosages of L-carnosine for humans point to an animal cancer study [Ed.- Journal of Anti-Aging Medicine, Volume 2, Number 4, 1999]. Basically, this study involved mice receiving 100mg of L-carnosine per Kg body weight per day in their drinking water. Therefore the human dosages were supposedly reduced to 14mg per Kg, thus arriving at a dose of 980mg for someone weighing 70Kgs [Ed.- 150Lbs]. This is part of their reasoning, along with the fact that dosages of 1g to 3g per day have been given orally to humans in cancer trials [Ed.- Molecular Aspects of Medicine, 1992, Volume 13, pp 379-444]. What do you make of that?

Dr. Kyriazis: ‘It is notoriously risky to extrapolate from mice to humans. I am not entirely sure that the above calculation is valid because there are several assumptions. The use of high doses of carnosine may be justified in cancer patients, but for normal, anti-aging purposes a lower dose could be sufficient. Consider the case with other drugs: aspirin at a dose of 75mg can be effective in reducing the risk of heart disease, but high doses of 4000mg are needed in certain cases of rheumatoid arthritis.’

Phil: ‘So as a result of your experiences with your patients, your own trial and the research that is currently available, what do you believe the daily dosages of L-carnosine should be for the average person?’

Dr. Kyriazis: ‘As things stand at the moment, I cannot see any reason to recommend mega doses of carnosine. I think that anything between 50mg-200mg, perhaps ideally 100mg-150 mg a day is justified.’

Phil: ‘Recently we’ve seen the development of a carnosine analogue named n-acetylcarnosine or NAC. This is causing a lot of excitement as the Russians seem to have a number of trials where NAC eye-drops are effectively reversing cataract and may also prevent it too. We also know that NAC is far more resistant to carnosinase and therefore less likely to breakdown into histamine etc., can you foresee an oral NAC replacing L-carnosine?’

Dr. Kyriazis: ‘Orally NAC is not as strong as L-carnosine regarding glycosylation and antioxidant activities. It is however more resistant to carnosinases and this opens the question again about the relevance of carnosinases. The risk of carnosine being transformed into histamine is small in clinical situations such as everyday life. Small amounts of histamine are actually beneficial because histamine plays a useful role during a variety of clinical situations, including immune reactions. In any case, carnosine modulates the effects of histamine by binding to some of the histamine receptors, e.g. H1 and H2. Therefore when histamine is high, carnosine will block its actions, and when histamine is low carnosine will be used to form new histamine, maintaining a balance. Clearly more research is needed here, as things are not as simplistic as they first appear. Carnosine can be changed into NAC by acetylation and also back to carnosine by de-acetylation which are processes going on all the time in the eye. The actions of NAC in other parts of the body are not well studied yet.’

Phil: ‘Yes it’s interesting isn’t it that NAC eye-drops appear to breakdown into L-carnosine in the eye, [Ed.- see NAC article in this issue], and meanwhile double the oral NAC dosage is required for the same anti-oxidant effect of oral L-carnosine. Does this indicate that L-carnosine is the active anti-oxidant substance? And might it be further evidence that orally some of L-carnosine needs to be broken down to further its effects?’

Dr. Kyriazis: ‘I think that NAC has benefits on its own, it is not necessary to be broken down into L-carnosine. I think that the benefits of carnosine are due to a combination of related substances which are used by the body as and when needed: L-carnosine as such, alanine, histidine, histamine, NAC, carnosine-zinc combinations which are very good in fighting peptic ulcers and similar substances, all work together to provide the benefits we see as a result of using just one substance; carnosine. Regarding the eye, however, it is becoming evident that L-carnosine is not able to reach the lens if given by eye-drops, even though some research seems to contradict this.’

Phil: ‘So might we presume with the current research that L-carnosine is more effective orally and yet because L-carnosine has little or no effect as an eye-drop [Ed.- see the NAC article in this issue], that only NAC eye-drops should be considered?’

Dr. Kyriazis: ‘Yes, I think that this should be the current recommendation, pending new trials.’

Phil: ‘As usual with Anti-Aging Medicine and cutting-edge supplements, we are always open to the reinterpretation of the facts as time goes on. I suppose that sometimes we have to give the application of the available scientific information the best guess we can. I guess it is these areas of difference that leads to disagreements within the field.’

Dr. Kyriazis: ‘Some years ago I was very concerned about words such as carnosinase, and histamine. Now I think that far from these agents being against the use of carnosine, they actually support its use, based on research results released recently. In a few months or years time, things may change, but not considerably, I don’t think, and our advice to the patients may also change accordingly. This is pioneering medical advice at its full glory.’

Phil: ‘It’s been great to hear your thoughts and ideas Dr. Kyriazis and I thank you for your time to help us understand the ongoing carnosine debates. I hope that you can make yourself available again in the future for further interviews and articles for the Anti-Aging Bulletin?

Dr. Kyriazis: ‘Certainly, I look forward to it.’

Phil: ‘I also understand that you are working on a book about carnosine, can you tell us a bit more about that and when it might be available?’

Dr. Kyriazis: ‘It will be called Carnosine And Other Elixirs Of Youth and it should be available for purchase from June 2002.’

Phil: ‘We’re looking forward to that. Many thanks for helping us attempt to put the record straight about carnosine today.’ 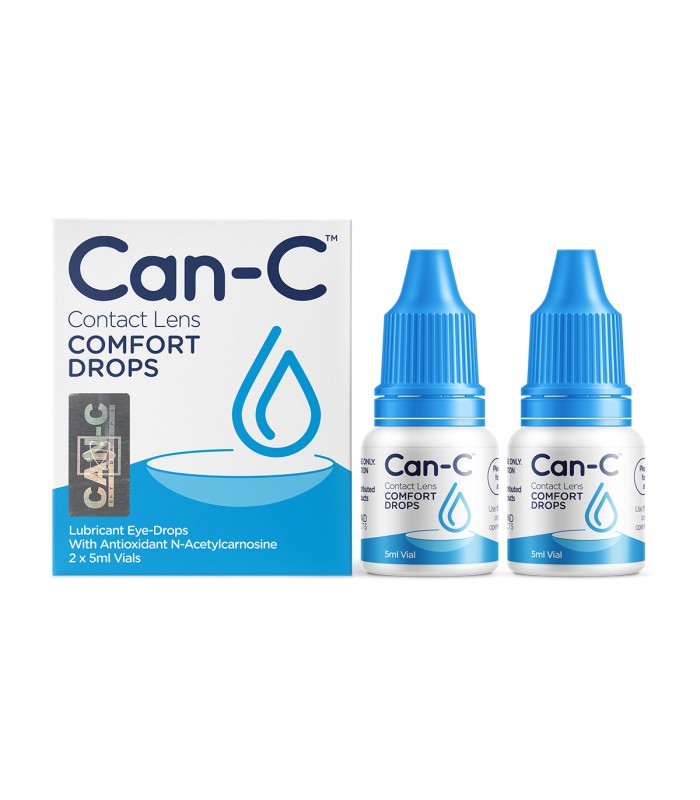 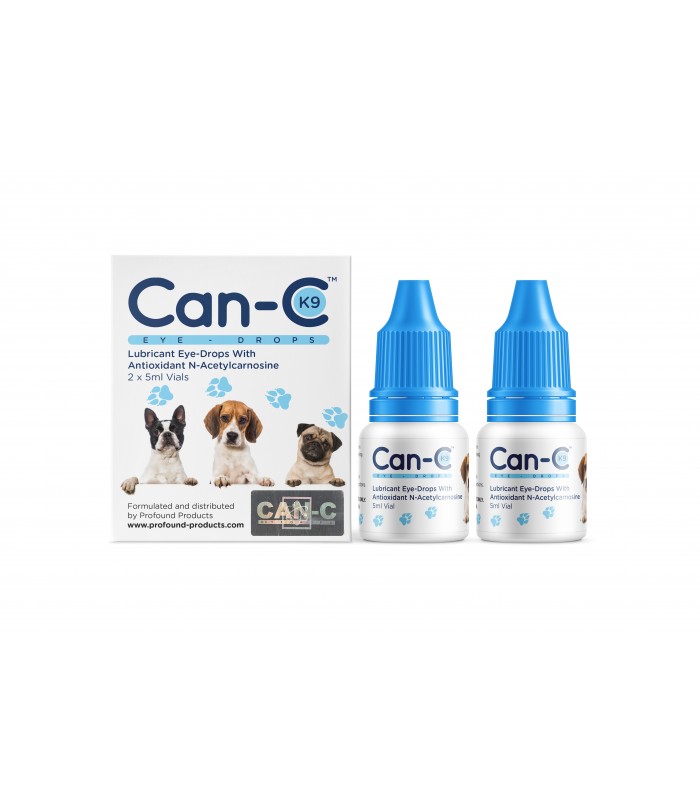