My patient, Mona, breezed into my office with a desperate look on her beautiful face. In a hurried and flustered manner, she explained that aging was playing havoc with her skin. In spite of using umpteen lotions and cosmetic creams, her fine lines and crevasses were becoming a permanent fixture on the landscape of her face. Her muscles were becoming droopy, and her thinking was less than clear and creative compared to years ago.

“Oh, dear,” she exclaimed, “Why is Mother Nature playing dirty tricks on me?” Before I could respond to her question, she asked, “Why don’t those $180 creams from eminent dermatologists work anymore?”

“Give me a minute to explain,” I responded. I began by saying that I had worked with cosmetic chemists decades ago when Gail Hayman of Beverly Hills, the noted inventor of Giorgio’s™ perfume, asked me to assemble a team of chemists and dermatologists. She wanted to create a new Giorgio’s™ 122-cosmetic products line and extend the marketing success of the Giorgio brand. I discovered that many cosmetics do work, but only in a limited and temporary way in correcting the signs of aging. Since then, physicians specializing in anti-aging have learned quite a bit more about how we age and what to do about it. Cosmetics might be great for covering up or pulling tight the signs of aging, but my colleague physicians specializing in anti-aging and I can do a lot more about aging today, whereas in years past it was only a pipe-dream. Cosmetics and face-lifts can become unnecessary if one becomes knowledgeable in the emerging medical specialty of ‘anti-aging’ or ‘age management’ medicine. I reassured her that not only could I tighten up her face, but I could create a major improvement in her quality of life, health, and general physical appearance.

Years ago, scientists only understood a ‘Band-Aid™’ approach to aging. In other words, we could temporarily and superficially fix only symptoms of aging, but the underlying causes of aging were largely unknown. Today, on the other hand, I can say with conviction that many of the underlying causes of aging are known, and remedies are at hand for a wide variety of aging problems and diseases, such as failing memories, slower information processing, shrinking organs, crepe-paper skin, and cardiovascular problems.

Indeed, some brilliant scientists, such as Dr. Ray Kurzweil at Stanford University, have suggested that we should be readying ourselves for the eventual arrival of the ‘Singularity’ within the next twenty years (‘Singularity’ refers to a time in human history when all major diseases become curable and mankind attains immortality with the exceptions of accidental or suicidal deaths*).

*Side note: Dr. Kevorkian died at age 83, and his last words were “Isn’t there someone around to help me?”

Mona paused and stared at me in disbelief. After a few silent minutes, she stumbled with her words and asked me to continue. I said that instead of giving her a four-hour tutorial lecture, I would prefer that she read my new book, entitled Stay 40¹, and get back to me with questions. She collected her thoughts and said in passing that she would read my book and schedule a future visit.

The New Paradigm: A Simple Fact about Aging Finally Discovered

During the last five years, more progressive U.S. medical schools have begun to teach courses in the new specialty called ‘anti-aging’ or ‘age management’ medicine. These new courses are grounded upon one simple and new premise:

Before this new paradigm of thinking was introduced and generally accepted, many scientists believed that we wear out as we age, much like a phonograph needle eventually scratches and wears out a vinyl-plastic phonograph record. Advanced medical research has determined, however, that we do not wear out. Instead, our hormones become deficient due to shrinking endocrine (hormone) glands and damaging poisons from the environment, such as mercury and PCB insecticide.

Secondly, these defects cascade in the digestive cells of our gastrointestinal (GI) tracts. Thus, these sensitive cells eventually restrict access to critical vitamins and nutrients essential to our health and longevity. For example, after approximately ages 45 to 55, the body no longer processes and absorbs vitamin B12 in the ileum (small intestine), since ileum cells have lost a vital co-factor necessary for B12 absorption.

Thirdly, in this approximate age range, our hair progressively loses its pigmentation and turns grey or white due to deficiencies of melanocyte-stimulating hormone (MSH) and B vitamins.²

Fourthly, and worst of all, we all suffer from progressively unseen and undetected damages to our DNA. Free radicals cause damage to DNA at the approximate rate of seven thousand hits per day. Also, we have no enzyme defenses against the most chemically reactive free radical of all, the hydroxyl radical, symbol •OH.

Our only defense against the hydroxyl radical is high concentrations of the powerful antioxidant, l-glutathione, which becomes increasingly deficient as the growth hormone and IGF-1 become increasingly deficient.¹ Thus, during aging, these two critical substances decrease while hydroxyl radicals and damages to DNA increase. Young people have sufficient growth hormone and IGF-1 to repair these critical damages, but older folks are progressively lacking them. They must supplement them if they wish to stay youthful and healthy (thus, my book’s title, Stay 40).

All of the above factors play havoc with our health. Consequently, the average 65-year-old American suffers from approximately five diagnosed or undiagnosed diseases that require between nine and twenty drugs daily with consequent adverse side effects! Then, the pharmaceutical industry chocks up billion-dollar profits, which are paid for by a progressively bankrupt Medicare system!

Indeed, this new paradigm of anti-aging medicine has prompted some experienced physicians at America’s leading hospitals to state emphatically that Americans could be much healthier and Medicare costs reduced by at least a third if this new paradigm were adopted. However, given the hundreds of billions of dollars in profits generated by the existing system, its adoption is unlikely in the foreseeable future.

Hormone Correction Improves and Reverses Many Aspects of Aging, Especially in Seniors

During the last five years, primarily in Belgium and the USA, physicians specializing in anti-aging have become active in slowing or reversing aging in those patients desiring more than Medicare (or, as I prefer to call it, “Mediocre-care”) currently provides. Their methods have nothing to do with cosmetics or dermatological treatments. Indeed, several physicians of my acquaintance have even specialized in patients over the age of 80, since current treatment often abandons them or prescribes drugs not tested on the elderly. These forward-thinking physicians start slowly by correcting for nutritional, or nutraceutical, deficiencies, such as the supplementation of a daily tablet of sublingual vitamin B12 and ubiquinol (a reduced formed of CoQ10 taken 100mg daily). Only sublingual B12 helps to regain or enhance muscle and neurological control. Ubiquinol is a key nutraceutical for preventing heart problems, and patients are often lacking it when taking synthetic drugs, especially the ever-popular statin medications.

These forward-thinking physicians monitor their senior patients extensively with frequent referrals to other medical specialists. They start them on a mild exercise program, such as kicking one’s legs in a swimming pool for at least an hour daily. Eventually, after evaluating and monitoring test results, they began to treat them with very low doses of hormones, such as natural desiccated thyroid (See ERFA Thyroid Natural® or Armour® starting with a quarter grain daily) and liposomal testosterone cream (often a 50mg daily starting dose for men or a 3mg daily starting dose for women; a starting dose of 150-mg or more is totally unwarranted, especially in seniors). In both men and women, this last hormone is merited due to the fact that 100-year-old Okinawan women (the oldest living people on the planet) have, on average, more than double the amount of testosterone than 70-year-old American women. Secondly, the faculty of the Harvard Medical School has given its stamp of approval to its professor, Abraham Morgentaler, and his new book, Testosterone for Life,³ as the new health standard, even for men with existing prostate cancer! (Another vital hormone often slated for correction in seniors is DHEA (dehydroepiandrosterone).

Physicians specializing in anti-aging have learned to slowly step-up monthly hormone dosages in older patients, while carefully monitoring them to improve their health and help them regain mental and physical functions. Side effects may occur only when patients overdose, or if dosage is increased too rapidly.

Eventually, after several months, patients advance to the final step with HGH and IGF-1 therapy. This step is the most powerful tool that anti-aging medicine has to offer, namely a twice-daily cocktail of human growth hormone (HGH) combined with the polypeptide, IGF-1. However, please keep in mind that this cocktail will only work if supported by;

(A) Sufficient anabolic hormones, such as testosterone, DHEA, estradiol, etc., and

(B) Sufficient thyroid (T3 and T4) and cortisone

(C) Sufficient protein and amino acids. All of these components plus

(D) Regular exercise contributes to prevent the body from deteriorating, and they build the body up physically and mentally.

A junk food diet will not work. Please keep in mind that during aging, shrinking, wrinkling, and wasting are caused by lack of A, B, C and D.

This final treatment employs IGF-1, which must be stepped up gradually, starting with 0.01mg every other day, and ending with a maintenance dose of 0.10mg daily after approximately two and a half months. I describe the exact step-up procedure as follows. 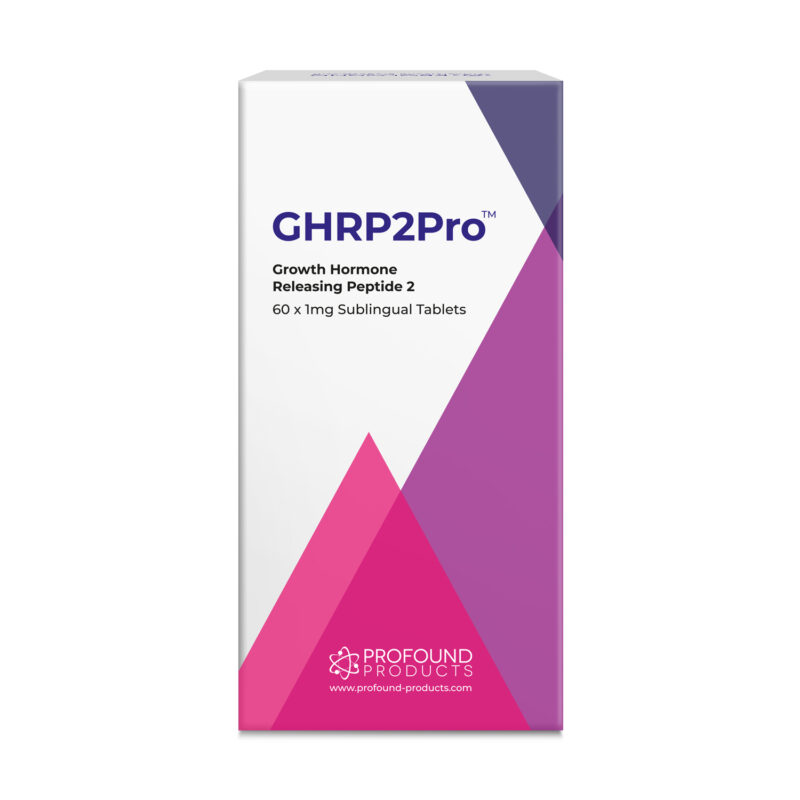