(The evidence for a pineal-directed aging program, its control and clinical intervention)

The many theories on the nature and origin of aging clearly show that we did not know what is aging and what it means. However, there cannot be many kinds of ‘physiologic’ aging, but only one! The many claims and dissertations of the advocates of many hypotheses on the nature of aging are not supported at all by the ‘hard facts’, namely in vivo evidence in mammals and man! Only time shown unequivocally if a theory is correct or not!

In my view, only two methods allow to significantly postpone or delay aging:

B) Nocturnal melatonin supplementation of melatonin (NMS) or, in rodents, by young-to-old pineal grafting.

Both procedures, RCD and NMS, result into the same protecting effects on the pineal gland, which preserves its juvenility and its capacity to monitor and maintain indefinitely its role as ‘director of the hormone orchestra’. To state it once more, the progressive levelling of the night peak of melatonin during aging is only a signal for aging of the pineal gland itself! Therefore night melatonin supplementation serves only to protect the pineal gland from aging by providing the ‘finished product’ of the pineal gland itself. This is not a hormonal feed-back mechanism, but simply a retroactive action of melatonin which avoids to the pineal the task of producing melatonin by acetylation and methylation of the precursor serotonin. The evolutionary task of the ‘pineal network’ is in fact by far more complex than simply the production of melatonin! The ‘clock’ is packed with extremely important and biologically active agents!

The observation that the ‘central pineal network’ controls our relation to the internal and external environment and adapts the body to the many daily and seasonal variables and influences, derives from experimental work which started in the early 1960s, when the medical disciplines now called ‘Neuroimmunomodulation’ or ‘Psychoneuroimmunology’ initiated with the demonstration that a link exists between the thymus, (the master immune organ) and the hypophysis, (the master endocrine gland) and that a bidirectional channel joins the neuroendocrine and the immune systems.

However, at that time, the basic notion was missing that the quantitative aspect of both the immune capacity and of hormonal levels are irrelevant for the equilibrium of the body if we do not maintain and restore the fundamental day-night rhythm of all physiological functions, according to the periodicity of the planetary-solar system. In other words, my ‘discovery’ simply disclosed that it is not hormones and cells which matter, but their constant and cyclic inter-synchronization between each other. In simple words, we function as long as our body keeps its ability to adapt to the environment and to its natural rhythmic fluctuations- according to day-night cyclicity and to seasonal variations, (temperature, light, humidity, electromagnetic field and so on) and can thus oppose the many noxious assaults of bacteria, viruses and social environmental agents, (noise, pollution, distress etc.) It is in fact the daily cyclicity of hormones which strictly controls immunity and the expression of all immunological, surveillance functions!

However, the ‘clock’ regulating our ‘life, aging and death program’ cannot be confused with the diseases accelerating aging and hiding its true nature. Diseases of all kind are in fact only the expression of a central neuro-endocrine alteration of the ‘clock’, delivering wrong and false signals to the systems regulating resistance to infections, non-proliferation of dormant precancerous cells, and the hormonal-metabolic pathways which control cells respiration and membrane permeability. All neurodegenerative and autoimmune diseases, cardiovascular diseases and cancer derive from the same, identical and basic, central derangement of the control of hormonal, day-night cyclicity!

That the basic element of biological integrity depends on the ‘biological clock’ in the pineal network has been demonstrated by the cross-transplantation experiments in rodents, which have provided the clear-cut and definitive proof that aging of the pineal gland itself is leading to progressive or accelerated aging and that only a protection of the pineal gland from aging results into a postponement of the aging process. I have thus provided incontrovertible evidence that aging is a program in the pineal network and that protection of the pineal gland from aging results into prevention of aging and in particular of aging-related diseases. This hypothesis is simply a corollary of the obvious link of our endogenous hormonal ‘clock’ from the rotational origin of all biological life.

It is not my aim to expose here in detail the massive investment of work and experiments in forty years, which led to the discovery of a ‘life, aging and death clock’ in the pineal network. I will however comment on the clinical and therapeutic significance of the application of those principles to the prevention and cure of diseases and consequently to the expression of a disease-free aging program.

As an example, the clinical work we conducted has shown that nocturnal administration of melatonin, by protecting the pineal gland of perimenopausal and menopausal women, prevents and corrects, and even reverses aging of the reproductive tract of women in the most amazing fashion. All problems related to pre-menopause and menopause is massively eliminated with restoration of fertility and disappearance of neurovegetative symptoms. Silent or overt thyroid deficiencies, found unexpectedly in all women, have been corrected. This served to provide evidence that women’s fertility and healthy life can be prolonged without any hormonal replacement. Menopause is in fact a typical expression of programmed aging in the pineal of women. Lunar cyclicity of their menstrual cycle is in fact abrogated!

I also mention here my recent unpublished work with patients affected by neurodegenerative diseases such as Parkinson and multiple sclerosis, where interventions aimed at a restoration of pineal function have resulted into potentiation of immunity, blockade of disease progression, restoration of lost neural functions and progressive elimination of nerve damage and degeneration. Work is in progress to establish the basic principles underlying my approach to the therapy of cardiovascular diseases, (the metabolic syndrome X), latent or overt autoimmune diseases such as autoimmune thyroiditis, lupus and others.

The devilish nature of light

Without any doubt, life has been generated strictly in the context and depending on, the rotational essence of the Whole. Through sun-generated light and its circadian and seasonal cyclicity, the main message which scans the timing of the biological clock, it seems obvious that the maintenance of the temporal synchronization of light is a main aspect of life itself. In fact, a permanent artificial abrogation of day-night circadian periodicity in the murine model results in a dramatic and irreversible damage of somatic growth, immunity and hormonal regulation. Isn’t this clear?

Consequently, light is a basic aspect of body growth, sexual development, reproduction and also of decay, aging and death. Blind people with no perception of light live significantly longer. Why? It is the protection of the pineal gland from light-generated decay which allows the maintenance of a perfect hormonal inter-synchronicity in accordance with the rotational essence of life itself. Theoretically, the maintenance of the light-generated inter-hormonal synchronicity makes aging itself a mysterious event! This hypothesis is strongly supported by long-lived populations, spending their life in a pristine environment and following strictly circadian and seasonal events. However, they die! Why? Simply because their lifespan is genetically determined; the program expires at the time when other factors and events take place in the pineal network which promotes a powerful chain-reaction, leading to the final death. Therefore, the identification of those factors, reactions and molecules which are genetically determined in every species, could be the solution to dominate the final beats of the clock and reverse thus the death program. In this respect I do not believe that the light-generated clock could help to reverse the death clock. Light is hiding the truth, blinding us and producing those degenerative illnesses which are most cases induce death. I do believe that the diseases of aging are the main element which hides the nature of the death clock.

Are there some basic elements of life which, having generated life, are also promoting death?

In our story, we must go back to 1989 when, by investigating the possible mechanism by which melatonin delays aging and prolong life span in mice we thought that the mechanism may be based on the capacity of melatonin to maintain thyroid function by acting on the hypophysis and by affecting the production of thyrotropin, (TSH) or directly on synthesis and release of thyroid hormones. Logically, we thought that the notorious energy-generating metabolic and oxygen-dependent pathway (Kreb’s cycle) which controls the rhythmic day-night temperature could be under pineal control itself, via night release of melatonin. Experiments were performed to evaluate whether melatonin would in fact act via the day-night control of thyroid function. To our great surprise, we found that the so-called thyrotropin-releasing-hormone (TRH), does not act via the thyroid but that its various immunological effects on the thymus and immunity were totally independent from its TSH-simulating effects. In fact, by blocking synthesis of thyroid hormones with methyltiouracyl, the effects of TRH were not abrogated. From that observation, we started to investigate, over the course of many years, the astonishing, multifarious and versatile activities of the tripeptide TRH.

We were in fact confronted with a peptide which, in our view, had invested, in the course of evolution, a huge variety of key-functions which could be only attributed to a fundamental role in the generation and maintenance of vital life functions. Further investigations supported the developing hypothesis that the tiny tripeptide was much more than one of the thousand peptides and protein precursors, and could in fact exert a variety of activities which are fundamental for the initiation and the maintenance of life: a life-generating molecule!

At that time and still now, searching in the vast literature of TRH, I was fascinated by the work done for many years by Ivor Jackson. I was especially attracted by his suggestion that in fact ubiquitous TRH has far more functions and activities than ‘normal’ molecules. The deeper I was searching and learning on TRH, the more convinced I was that I was in front of a new frontier of life. 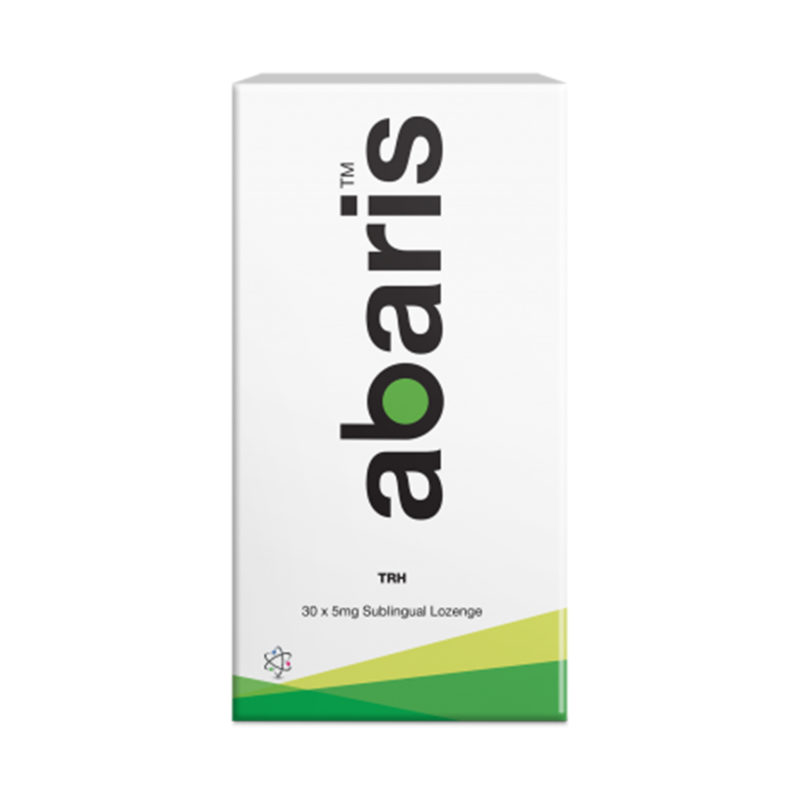