At an important meeting at the Endocrine Society’s 95th Annual Meeting in San Francisco (1), several senior scientists announced a significant breakthrough in antiaging research that dramatically impacts health, wellness, and regeneration of the body.

First up on the podium was Dr. Yakar who explained his research, titled: ‘The Role of GH/IGF Axis* in Skeletal Acquisition.’ He substantiated the view that both GH and IGF-1 signaling are essential for optimal bone formation. He stated; “It is likely that other bodily axes physiologically benefit from optimal GH and IGF-1 activation, and these distinctive peptides cause synergistic efficacy in terms of tissue genesis in many regions of the body.” Indeed, these eminent scientists revealed key ‘distinctive peptides’ essential in up-regulating the body for repair, since during aging, the body suffers from free-radical damage, poor nutrition, hormone imbalance, and lack of exercise.

Other scientists expanded Dr. Yakar’s argument. For example, Dr. Sontag lectured on how up-regulation with GH/IGF-1 induces neuro-protective effects on the function of the brain. He concluded that higher levels of these hormones in humans would optimize many neuro-physiological processes in the aging human brain. Still another prominent researcher, Dr. Garcia-Segun, supported the view that GH/IGF-1 up-regulation engenders succinct neurotrophic factors (distinctive peptides) that have auspicious effects on myriad neurological parameters; thus, overall brain functionality can become enhanced.

All the speakers concluded clinical prophylactic intervention by distinctive peptides would significantly improve health, wellness, and cellular repair and regeneration.

Further developments since this breakthrough meeting

Since this important meeting, scientists from New York to Hawaii have been aggressively engaged in perfecting the above-mentioned ‘distinctive peptides’ and their clinical role in improved health and wellness. Several doctors have now announced how we can all improve our quality of life and live exceptionally well, given recent scientific advances. These doctors have not yet published their findings, but in private communications to me, I was surprised to discover that they were on the right track in advancing repair and regeneration. I recently received the following email from a prominent New York medical doctor:

*GH = human growth hormone; IGF-1 means insulin growth factor one. Both of these vital hormones work together in the body as a matched pair called the ‘GH/IGF-1 Axis.’

“Your IGF-1 labs are pretty decent in view of the chronic endogenous suppression you have had from exogenous GH and IGF-1 use. If you were not using the GHRP6, your IGF-1 would be maybe 80, so I think you need over 6 months of higher-dose GHRP6, Sermorelin and maybe secretropin to reactivate your endogenous GH. Also as lean people have lower IGF-1 according to Dr. Buttar (The Nine Steps book), because they have lower insulin levels, and IGF-1 is insulin-like growth factor. Since you are now lean, you should need lower doses of all the secretagogues, which will save money.”

Allow me to interpret and expand upon this important email in everyday English: While using the GHRP6 nasal spray for many months, three blood draws were performed and changes in IGF-1 were measured. The results showed IGF-1 levels at 150, 160, and 175 ng/mL blood. Without any GHRP6, the IGF-1 level would be severely deficient at approximately 80 ng/mL. This severely depressed value means that the body was not doing sufficient maintenance chores in the body’s cells, and thus, the body was deteriorating or aging at a rate consistent with entropy laws of thermodynamics. As the body deteriorated, the diseases of aging would appear, and our chances of dying and suffering would increase significantly. (Indeed, the average 65-year-old has five diseases diagnosed or undiagnosed in his or her body, which requires 9 to 20 medications daily!)

An intriguing conclusion from this email is the simple fact that the distinctive peptide, GHRH6, approximately doubled production of the key neuro-regenerative hormone IGF-1. Although this doubling was not optimal, it was an exciting development in the clinical application of secretagogues such as GHRP6. A second conclusion encouraged the use of other secretagogues and distinctive peptides that would further help to boost IGF-1 levels.

Thus, I urge everyone to use this new secretagogue technology to greatly improve IGF-1 secretion and thus avoid the diseases of aging and the general deterioration of the body, as we grow older. GHRP6 is first among all secretagogues because of its ability to double IGF-1 levels and consequently improve health and wellness. 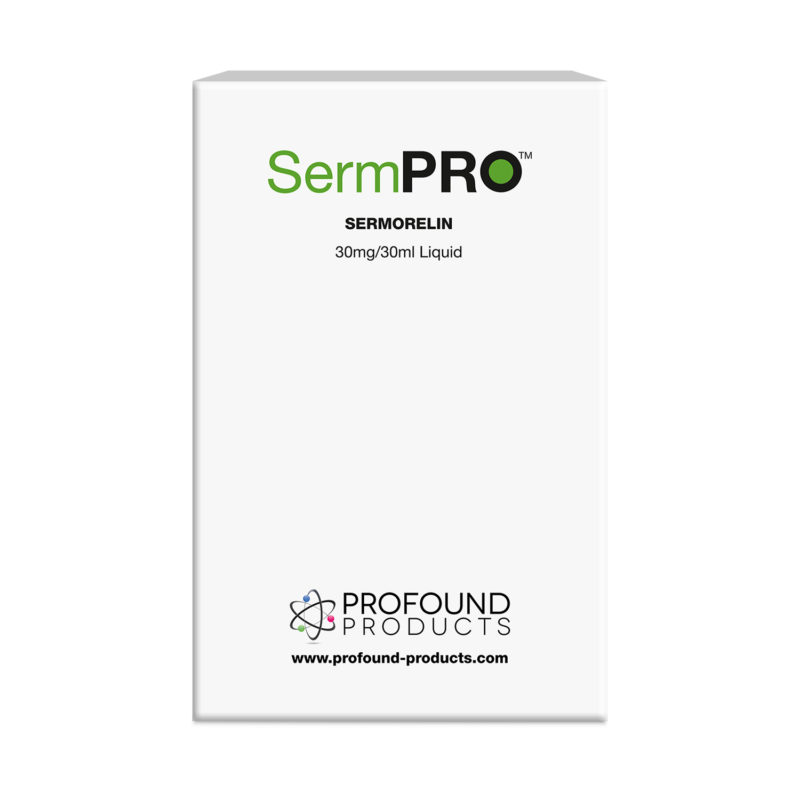