Reactive oxygen species (ROS) have been implicated in the pathogenesis of many age-related diseases such as diabetes, inflammation, neurodegeneration and cancer. Therefore, it stands to reason that if there is a way to control excessive production of ROS, then it is likely that the impact of such diseases will lessen.

One particular compound which may be relevant in this respect is NAD (Nicotinamide Adenine Dinucleotide). It has a key role in many signaling pathways in humans and its homoeostasis is essential in preventing irreversible, age-related damage to our tissues (1).

NADH is a reduced form of NAD and it is the ratio of these two (and the ratio of absolute and oxidised forms of NAD) that has clinical and biochemical relevance. A change in the regulation of the formation and degradation of NAD may underpin a defective ability to deal with ROS and thus contribute to several age-related degenerative conditions (2). This regulation of NAD metabolism, and also the regulation of NAD-replacement therapy used against aging, depends on the activity of several other enzymes, such as one called CD38.

This is mentioned here to highlight the complexity of using a certain oral supplement, the function of which may depend on ratios, other enzymes and distant, seemingly unrelated biochemical events (3). Nevertheless, the use of NAD as a supplement has is becoming very popular and there are studies which support its clinical use.

There is a need for a continual supply of NAD and its synthesis is based on the supply of precursors such as nicotinamide, nicotinic acid and nicotinamide riboside (NR) (see figure 1). We now know that replacement of the oxidised form of NAD through the precursor NR improves the function of the mitochondria, supports stem-cell production and enhances lifespan in mice (4).

It is also important to highlight that different cell types may be able to supply different precursors and mutually facilitate each other’s supply of NAD. This is a process called ‘degeneration’ which aims to provide an efficient end-function based on different biochemical starting points (5). 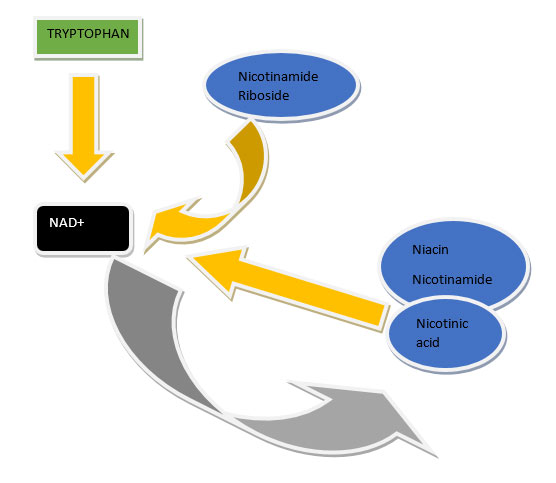 Figure 1: The diagram shows the different steps in the metabolism and recycling of NAD+

It is worth dwelling for a while on the function of Nicotinamide Riboside (NR). This factor is crucial in the metabolism of NAD and it mediates, or causes many of the benefits attributed to NAD itself. NR is a metabolic regulator, a form of vitamin B3 found in milk and beer. Through an anti-inflammatory effect, it can regulate glucose control, insulin and adiponectin (a compound that regulates glucose and lipid function, and thus weight control). This may be connected to NR’s activity in repairing the cells in the liver of diabetic or obese individuals, reducing inflammatory markers such as TNFa (tumour necrosis factor) and Interleukins (6). Therefore, the function of NR with regards to weight loss and lipid regulation is becoming increasingly recognised.

For instance, research shows that NR supplements in laboratory animals activate SIRT1 and SIRT3 genes and improve protection against oxidation originating from a high fat diet (7). Therefore, based on the SIRT1 activation action, both NR and NAD can be considered as a calorie restriction mimetics (8), i.e. an agent that has similar biological benefits as that of calorie restriction itself. The researchers conclude:

“Consequently, our results indicate that the natural vitamin NR could be used as a nutritional supplement to ameliorate metabolic and age-related disorders characterized by defective mitochondrial function”.

NR has been used with regards to type 2 diabetes and neuropathy (9). Pre-diabetic and diabetic mice treated with NR showed an improved glucose tolerance, and a reduced rate of weight gain. These animals also experienced protection from diabetic neuropathy and exhibited improved liver health. The authors said: “The data justify testing of NR in human models of obesity, Type 2 Diabetes and associated neuropathies”.

Nicotinamide Riboside (NR) is found naturally in beer and milk.

Any alterations in the levels of NAD (and in certain other molecules such as acetyl-CoA), may also result in abnormal histone acetylation patterns which means that the control of gene expression becomes defective. So, it is not just the immediate effect of NAD on oxidation that is relevant but it is clear that there are other effects which involve epigenetic regulation and gene expression (10), which add to the overall benefit of the NAD molecule.

For example, we know that NAD and its associated metabolites play a vital role in maintaining the genome. Abnormal, fast-proliferating cells such as cancer cells need NAD for their function, so there are several metabolic pathways that regulate any excessive demands for NAD. Although the details of this are complicated, there is quite a lot of research aiming to clarify the different steps involved. The research is concentrating mainly on sirtuins and other protectors of genomic stability such as PARP (poly-ADP-ribose polymerase).

Figure 2: The chemical structure of NAD+

The most common chronic liver disease in Western countries is non-alcoholic fatty liver disease (NAFLD), and this is related both to obesity and to the aging process itself. Research with human fatty liver cells and with mice models, shows that NAFLD is associated with low levels of NAD, and that supplementation with either nicotinamide riboside (the precursor of NAD mentioned above) or NAD itself, can prevent the disease and reverts any damage (11, 12). This is an additional piece of research showing the overall benefit of both NR and NAD in improving oxidation damage.

NAD metabolism is also relevant in kidney disease. Research in mice with damaged kidneys shows that NAD improves lipid metabolism and overall function through a complicated biochemical pathway. It can, for example, enhance breakdown of fatty cells by increasing production of certain stress resistance factors such as PGC1α (13).

Finally, some comments about the safety of the treatment. Nicotinamide Riboside was shown not to cause any toxicity of the liver, kidneys, ovaries and testes in mice tested with a dose of 300mg/kg/day (14). This is the equivalent of around 2 grams of Nicotinamide Riboside a day for an average human. Considering that available forms of NR are 260 mg a day, this shows that there is a good safety profile.

Conclusion
There has been a lot of media hype about the benefits of NAD, with stories suggesting that it will ‘reverse aging’, or presenting it as the ‘elixir of youth’. In this article I presented a short overview of some of its effects, as found in published research and highlighted a general aspect of its benefits (namely, the regulation of oxidation).
It is obvious that NAD and its related compounds will not ‘reverse aging’ in the clinical, everyday sense. It is not the pill of immortality. However, used in association with other appropriate strategies, it can prove beneficial in lowering the risk of some age-related degenerative conditions.
Some people believe that, because NAD has been effective at prolonging the lifespan of mice and worms in the laboratory, it may also prolong human lifespan. I think this is unlikely, but further research will show us. In any case, it is not the mere prolongation of life we should be aiming for.
What we should be aiming is to diminish the impact of degeneration and it seems that NAD is a promising compound in this respect. 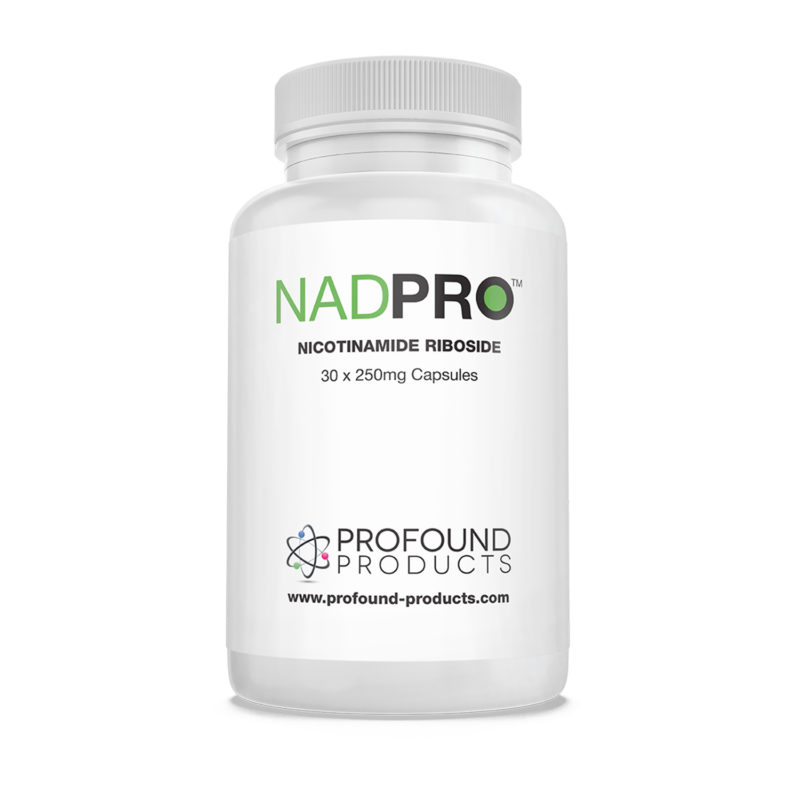