Many life extension physicians and enthusiasts first learned of the concept of “smart drugs” from reading the blockbuster best-seller, Life Extension, A Practical Scientific Approach, by Durk Pearson and Sandy Shaw.

Pearson and Shaw extolled the virtues of a drug called Hydergine ®– a Sandoz trademark (ergoloid mesylates), a combination of three ergot alkaloids.

They reported that Sandoz Pharmaceuticals claimed Hydergine ® was the “most intensively studies drug in the world” and at the time they wrote their book it was “the fifth best selling drug in the world.”

Hydergine ® was originally developed as an anti-hypertensive medication, but it was soon found that it really wasn’t very effective in reducing elevated blood pressure.

However, a number of people who used it did report improvements in memory, mood and overall sense of well being. At first, it was believed that these effects were due to increased cerebral blood flow. Later, however, it was determined that Hydergine ® actually acted to improve brain cell metabolism in a number of ways.

The PDR description went on to report that “the efficacy of Hydergine ® was evaluated using a special rating scale… on which modest but statistically significant changes were observed at the end of twelve weeks include; mental alertness, confusion, recent emory, orientation, emotional lability, appetite, dizziness, fatigue, bothersome (ness) and an overall impression of clinical status.”

It should be noted that the modest but significant changes referred to above were all in the positive direction. It should also be noted that these improvements all took place using the measly 3mg dose that is approved and most commonly used in the USA.

In fact, one of the most recent studies with Hydergine ® was published seven years ago in the New England Journal of Medicine, in which the authors arrived at the conclusion that it “was ineffective as a treatment for Alzheimer’s disease.”

For example, a team of physicians at Stanford University (Yesavage, et al., 1979) administered 6mg of Hydergine ® each day to 14 hospitalised patients (aged 62-84) with senile deterioration.

All of these patients had been treated for at least 4 months with 3mg Hydergine ® per day, without noticeable improvement.

However, after 12 weeks of treatment at the higher dose, seven of eleven surviving patients (three of the patients died due to unrelated causes) had shown improvement. One patient, who had been hospitalised for two years, improved so dramatically he was discharged from hospital!

In another study in Japan, Yoshikawa and colleagues (1983) conducted a large double blind study of Hydergine ® in 550 patients. They found that “almost half of the patients in the 6mg group- 48.9%, showed a moderate to marked improvement, compared with only 17.9% in the 3mg group.

Furthermore, they noted that “the superiority of a higher Hydergine ® dose was particularly pronounced in patients with heavy-headedness, sleep disturbances of various kinds, problems of concentration, loss of vigor, memory disturbances and giddiness.” They concluded that “the favourable effects of Hydergine ® on psychiatric, subjective and neurologic symptoms in patients with cerebrovascular disease are considerably increased when a higher dose is used, that “a daily dose of 3mg may therefore be insufficient,” and that “clinically relevant improvement may be obtained in more cases if the dose is increased to 6mg per day.”

No adverse effects of the 6mg dose were reported in either study. It is possible that even higher doses may be required for those who are severely demented.

Results from the first year of this study indicated that the patients on Hydergine ® either improved or at least deteriorated at a slower rate than before, while those on placebo continued to deteriorate an additional 8% over baseline.

Although the Hydergine ® group showed overall benefit in nearly every parameter tested, one test in particular that evaluated quality of life showed highly significant improvement in the Hydergine ® treated group.

The massive doses used also confirm the safety and tolerance of Hydergine ®, as there was no difference in the dropout rate between the two groups.

Frankly, I’m surprised at the lack of side effects- I would have expected to see a great deal of agitation and hyperexcitability in the high dose Hydergine ® group. However, perhaps it confirms, as the studies cited above imply, that the more demented one is, the more Hydergine ® is required to effect a positive change.

Furthermore, there was no change in blood pressure, heart rate, or other routine laboratory tests in the Hydergine ® group. This is in stark contrast to the common occurrence of liver toxicity with tacrine (Cognex ®), a drug commonly used for Alzheimer’s disease in the US.

The study is now well into its second year, and is now an open phase study (physicians and patients are aware of who is taking the active drug). We look forward to further results from this study.

One of the heretofore believed-to-be-inevitable consequences of aging, is a decrease in the number of synapses- i.e., connections between brain cells. This decrease of brain cell to brain cell connection has been hypothesised to be due to impairment in the energy supply at synaptic regions.

Because of Hydergine ®’s known ability to improve nerve cell metabolism, a group of Italian scientists studied the ultrastructural features of synaptic mitochondria of the brain cells of rats of different ages, to determine if long-term Hydergine ® treatment could prevent or delay the loss of synaptic connections (Bertoni-Freddari, et al, 1994).

They found that the number of mitochondria is greatest at about 12 months of age in rats (the equivalent of a human 25-year-old), and then progressively decreases.

The size of the mitochondria, however, increased progressively after 12 months, in an apparent effort to compensate for the reduction in the number and efficiency of energy producing mitochondria. Because of this reciprocal relationship between mitochondrial size and number, there was little change in the overall total volume of mitochondria per cell.

Unfortunately, despite their larger size, because of decreased functionality of a number of mitochondrial enzymes, the few enlarged mitochondria tend to be less able to accomplish their tasks, especially when there is a high demand for energy.

After treatment with Hydergine ®, it can be seen that the total mitochondrial volume of old rats was nearly the same as the young adults, and the number and mitochondrial size was altered in a more youthful direction

The above combined clinical and laboratory data support the recommendation of many anti-aging physicians that Hydergine ® should continue to be incorporated in an anti-aging/ smart drug regimen.

Although the FDA approved recommended dosage in the US remains 3mg per day- and many people do well on 2-3mg per day, I believe that most life extensionists would benefit by somewhat higher doses (I personally take 5mg per day). 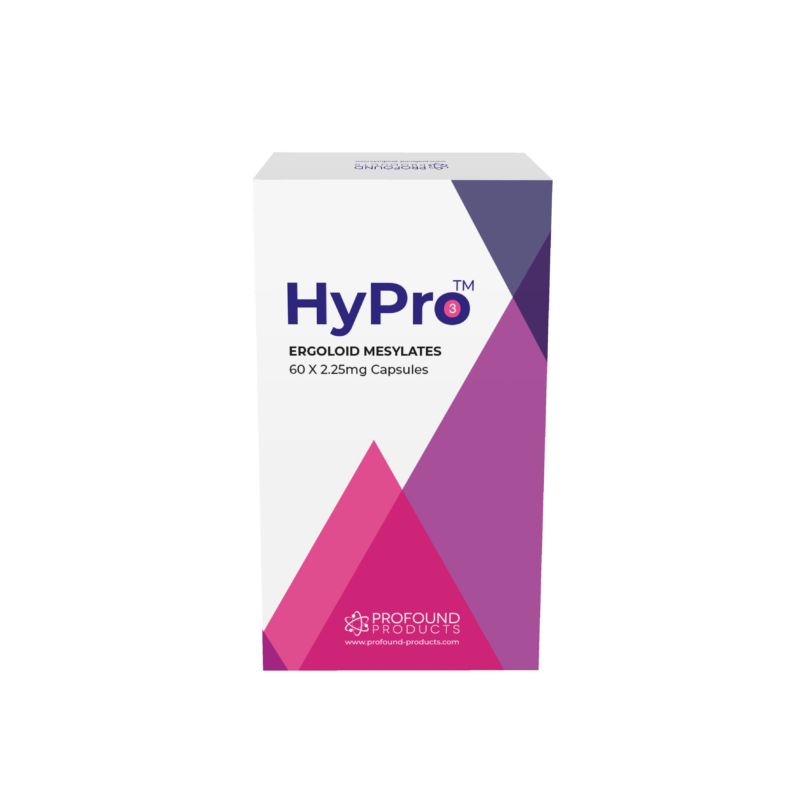