Recently, my good friend and colleague, Dr. T., announced to me that hormone replacement therapy (HRT) is not living up to its promise to slow the aging process. Dr. T. himself, along with several of his male patients, had started on testosterone replacement therapy; and they found no immediate benefit or change in their levels of energy or libido. He sounded disappointed, and in a further conversation, he said that he believed brain research and brain nutrients were ten times more important than HRT.

He gave me some specifics regarding new brain research. He said genetic tests run by Pure Genomics demonstrated that people over 50 years old who experience mental changes often have genetic deficiencies of vitamin B12 (methyl cobalamin) and folate (methyl folate). Correcting those deficiencies are much more important than HRT. By ‘mental changes’, he meant such phenomena as poor short-term memory and ‘senior moments’ often encountered in senior citizens over 50 years of age.

I listened patiently to Dr. T. and I admitted that new genetic research regarding memory, B12 and cobalamin sounded intriguing. However, I countered that vasopressin (VasoPro™), vitamin D3, deprenyl, the peptide bioregulator Cerluten® and nootropics like piracetam (Pira-Pro™) are my favorite supplements for reversing memory loss. I particularly like the all-natural D3 and VasoPro™ because these two wonderful remedies cured my own ‘senior moments’ problem.

Give HRT A Fair Trial

Furthermore, I suggested to Dr. T. that he had not given HRT a fair chance. In his busy practice, he had always assumed that a single disease should be addressed by one-and-only-one remedy—as required by the all-knowing FDA since the 1960’s. Thus, he could not understand why the aging process in men could not be remedied by one-and-only-one hormone, namely testosterone.

I tried to reason with him by explaining that the FDA demands a one-and-only-one remedy because this simplifies its regulatory burden. Unfortunately, Mother Nature does not operate this way. Mother Nature dictates that multiple hormones control aging, and thus, multiple hormones are essential to slow or reverse aging the process (2). In my opinion, a one-and-only-one hormone mindset will not help, and in fact, may make matters worse.

Interestingly, physicians did not subscribe to this wrongheaded mindset before the 1960’s. For example, page 469 of the 1956 “Merck Manual” describes four key hormone supplements, plus dietary changes, needed to alleviate hypopituitarism, (a weak pituitary causing stunted growth) (3). These four hormones supplements are desiccated thyroid (ERFA®/Nature®), testosterone, cortisone acetate (Hydrocort-Pro™) and estrogens (Esnatri™). Plus remember, this is nearly 60 years ago, when conventional medical doctors routinely recommended multiple hormone remedies— before the FDA interfered to impose their its bureaucratic agenda! Since 1960, subsequent Merck Manuals do not list a four-hormone remedy thanks to FDA interference.

Fast-forwarding to today, Dr. Thierry Hertoghe of the Hertoghe School of Medicine has adamantly lectured that multiple hormone remedies are needed if we are to conquer aging. He states that balancing our hormones is critical, and we should not rely upon a single remedy. He has said dozens of times to me that using only one hormone often makes matters worse (2).

On the other hand, if hormones are not balanced, large doses of an individual hormone can and often does cause a host of problems, such as receptor site resistance and poor communication between the brain and hormone glands. Thus, it’s better to address the root cause of hormonal imbalances, which often turns out to be high blood sugar caused by a high-carbohydrate diet (1).

Second, Dr. Hertoghe states that administering only estradiol (E2) to women may well increase their risk of cancer if other hormones such as estriol (E3) and natural progesterone are remain out of balance and not corrected. Or in the case of testosterone replacement, too, he emphasizes that a physician should monitor E2 and to be sure that thyroid and cortisol (hydrocortisone) hormone levels are sufficient to allow testosterone to work effectively.

These multiple hormones especially support the thyroid as it burns off waste products that accumulate between cells and not eliminated through sufficient metabolic activity. I call this process ‘burning the junk,’ because thyroid supplements really do burn the junk—namely sticky cell waste accumulating between cells (2). A visible example of cell waste accumulation can be seen in the sagging jawline (myxedema) of people who lack sufficient hormones, especially thyroid (see figure 1). Historically, men have hidden their sagging jawlines by growing beards. Unfortunately today, men and women alike often resort to remove their accumulated cellular waste using cosmetic surgery. 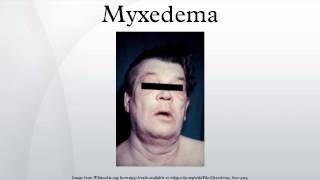 Figure 1: Myxedema is characterized by a sagging jawline.

Which makes better sense, eliminating cellular waste by cosmetic surgery, or correcting it with multiple hormone therapy? Too often, modern medical practitioners are more interested in alleviating symptoms rather than solving the underlying problem, namely the accumulation of sticky cellular junk.

In a third example, Dr. Hertoghe states that consuming only HGH (human growth hormone) will not work very well for people over the age of 50. Instead, he adamantly encourages everyone to combine HGH with its upstream hormone promoter, IGF-1. Even conventional endocrinologists have been saying the same thing at their large annual meetings since June 2013 (4).

Please understand, I believe that the FDA’s bureaucratic agenda has its time and place. As the Bible says, “Render onto Caesar what is Caesar’s and render onto God what is God’s.” Therefore, if we are to truly address the problems of aging and declining hormones, we should ignore government agendas and instead correct and balance with multiple hormones instead of only one hormone. It’s ditto for other supplements, like vitamins and other nutritional supports. They also should be sufficient and balanced.

In conclusion, my dear colleague, Dr. T., should give multiple HRT a true test drive and see for himself the benefits it delivers in regard to aging and the diseases of aging. By ‘test drive’, I mean that a typical patient with signs and symptoms of aging probably has at least five to ten hormone and nutrient deficiencies that require correction. This hypothetical patient undoubtedly hopes to avoid a half-dozen or more diseases and symptoms that arrive during their senior years.

Remember that the average 65-year-old has on average five major diseases, diagnosed or undiagnosed, that require up to twenty different medications (sic)! (2)

Along with multiple hormone therapies, the 1956 Merck Manual also recommends dietary changes. Helpful dietary changes include avoiding carbohydrates and consuming nutrients, such as vitamin D3, to help your hormones to work more optimally. Below is my story of successful using of multiple vitamins and nutrients.

Starting with a group of 20 volunteers with an average age of 58 years, sedentary lifestyle, and an average BMI (body-mass-index) of 31, the researchers divided the participants into two groups. The first group did walking exercise training for three months, engaging in brisk walking five to seven times weekly. This was the control group. The second group consumed 500 milligrams daily of chelated vitamin C for three months. Both groups benefited the same amount, whether from walking exercise or from high-dose vitamin C consumption. Also, both groups showed improvements in blood vessel tone—a key measurement of cardiovascular health (see BioClip-Cuff™).

ACF228® also uses this same type of chelated vitamin C and other critical vitamins. ACF228® is a premium anti-aging product designed for those who cannot exercise often but would like its cardiovascular benefits of exercising. ACF228® helps to reduce the scourge of aging even in those who, perhaps through no fault of their own, have limitations to their movements, are thus prone to weight gain and obesity. Figure 2 reveals rapid signs of aging in the face, hair and head when antioxidants such as in ACF228® are not used during heavy aerobic exercise. 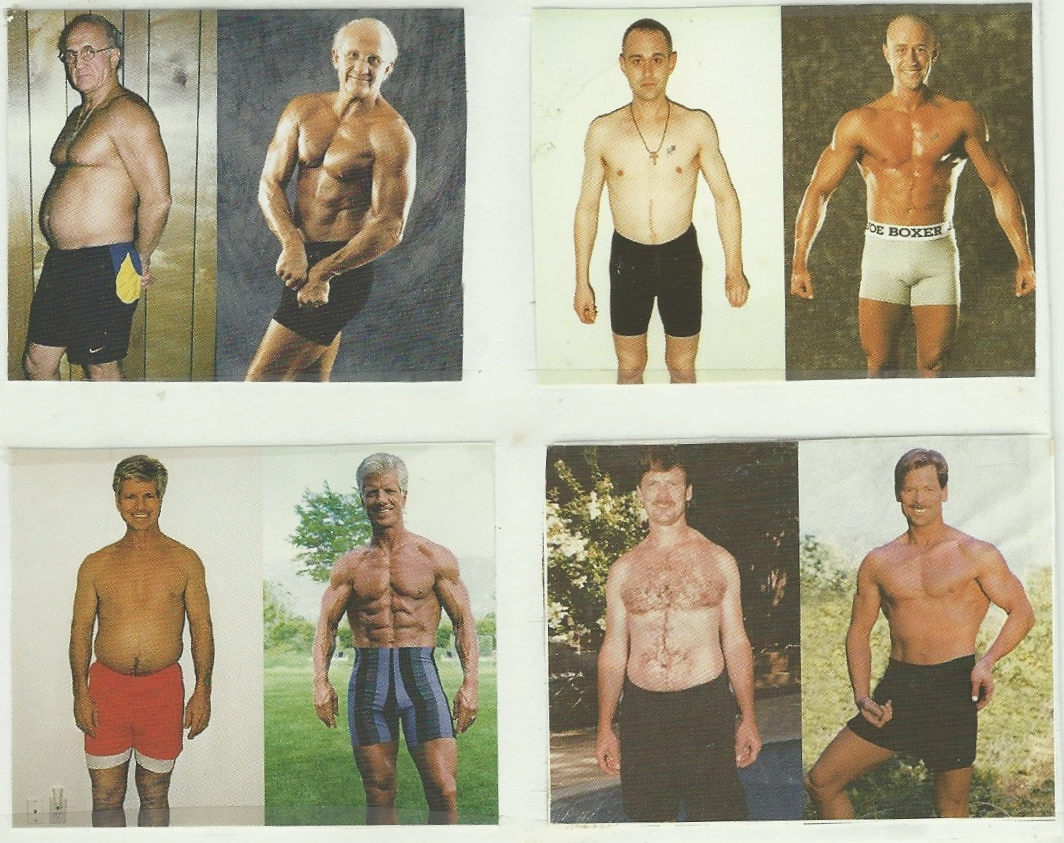 Figure 2: The before-and-after photos of four men. During an eleven-month period, these men exercised heavily and aerobically without supplementing with strong antioxidants such as ACF228. As shown, their bodies improved significantly, but high levels of free radicals damaged their hair, faces, and heads. Indeed, their hair, faces, and heads aged at least a half dozen years.

A Story of Obesity and Weight Loss

Several years ago, I frequented an Oceanside café. Early on weekday mornings, I visited this café to imbibe my daily coffee and organize my notes after a brisk walk with my two rambunctious terriers. During previous weeks, I had the occasion to meet several highly educated and interesting fellows at this café.

One morning I noticed that an older gentleman in his late sixties had taken a special interest in my dogs. Mr. Smith was a dog lover, and he liked to greet my pretty white terriers. We began a conversation about dogs and ended up talking about health. He told me that he was wealthy and successful in life, but his currently faced a serious health problem. In his hometown of Boston, his Harvard doctors told him in no uncertain terms that if he didn’t lose weight, he could only expect a few more years of life. I could not help but notice that his abdomen was distended as if he had swallowed a bowling ball. To remedy his obesity, his doctors implored him to try swimming at least two hours daily. Consequently, he had been swimming religiously two hours every day for the last three months, but he hadn’t lost any weight. Knowing his days were numbered, he asked me for advice.

The following morning I gave him my last bottle of Living-Fuel®. Living-Fuel® contains 93 nutrients, including chelated vitamin C and I implored him to mix Living-Fuel® with water and substitute it for one or two meals daily. After a month, he had lost 22 pounds weight (10 kg); I then switched him over to a regimen of ACF228® and MitoPro2™, and along with several balanced hormones, as described above. I switched him over because I was afraid that rapid weight loss alone was not the correct treatment for a senior individual. ACF228®, MitoPro2™, and multiple hormones, combined with a better diet, were milder solutions for gradual weight loss while at the same time maintaining good overall health.

Subsequently, he proceeded to slowly lose another 12 pounds by using this supplement program combined with a daily regimen of two hours of swimming. He also switched from his Boston diet— of meat and potatoes and lots of artery-hardening gravy— to a low-carb, island diet, namely consisting of lots of fresh fish and pollution-free island vegetables and low carbs. (Another example of a healthy island diet, free from the industrial pollution of North America, is the Korean food specialty, Bi Bim Bop. This wonderful Korean staple contains bean spouts, rice, 95% vegetables, and only 5% spicy lean beef.)

Mr. Smith missed his unhealthy Boston diet, but he could see the wisdom of island cooking and special nutrients and hormones that yielded gradual weight loss and improved his health.

Burn the Junk by Balancing Nutrients and Hormones

Weight gain is a major problem of aging. You can reverse this inevitable problem by eating a better diet, exercising, avoiding carbs, and most importantly—consuming multiple nutrients and multiple hormones. If you doubt me, consider the habits of some teenagers. Some of them eat a diet of junk food and still retain their youthful bodies because their elevated levels of energy hormones burns the junk and repairs damaged cells.

We can also burn the junk and repair damage as seniors by using moderate levels of hormone supplements. Apply common sense and eat right, avoid carbs and take our multiple hormones and nutrients. You will be the judge.